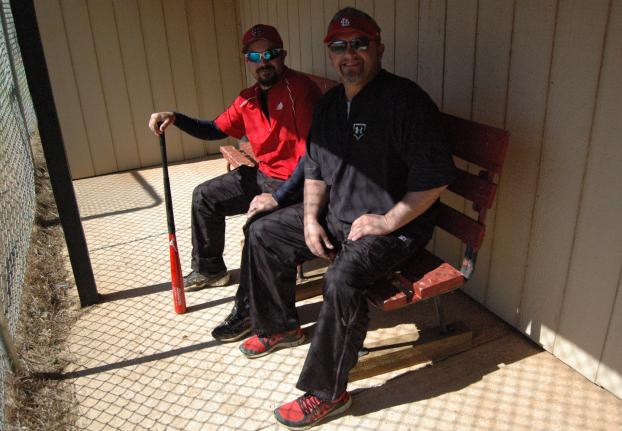 The Fuqua School varsity baseball team has only had five games this year and has experienced a shakeup in their season already, as the team just received two new coaches.

After Ted Cunningham stepped down, just two years after leading his varsity team to a state championship, John Adams was named head coach and David Williams became his assistant coach.

Adams, who coached the Fuqua junior varsity baseball team for the last three years, says that the team is taking the transition well.

“I have coached a lot of them from JV up,” said Adams.

“I just kind of slid into head coach since I was the JV coach, and they have responded well. We have a bunch of great kids with great attitudes. We are young and it is a building process. I am looking forward to the challenge.”

Adams was also a part of the group that travel to the state championship two years ago, so he is familiar with the potential of the Fuqua varsity program.

Williams agreed that he was ready for the position.

“I am just excited to work with the kids,” Williams said. “If you are born and bred baseball, you just want to help out and teach what you know.”

The Falcons started their season with three straight losses (19-1 loss to Hargrave Military, 10-2 loss to Central Virginia Home School and a 13-3 loss to Fork Union), however, the team came together in their 13-2 win against old-time rival Kenston Forest.

“Being as young as we are, we are going to try to have a lot of fun this season while learning the game as well as we can,” Adams said. “I just love teaching the game. I wouldn’t want to be anywhere else.”

The Falcons are 1-4 overall. They will return to action on Tuesday when they host Central Virginia Home School at 4 p.m.