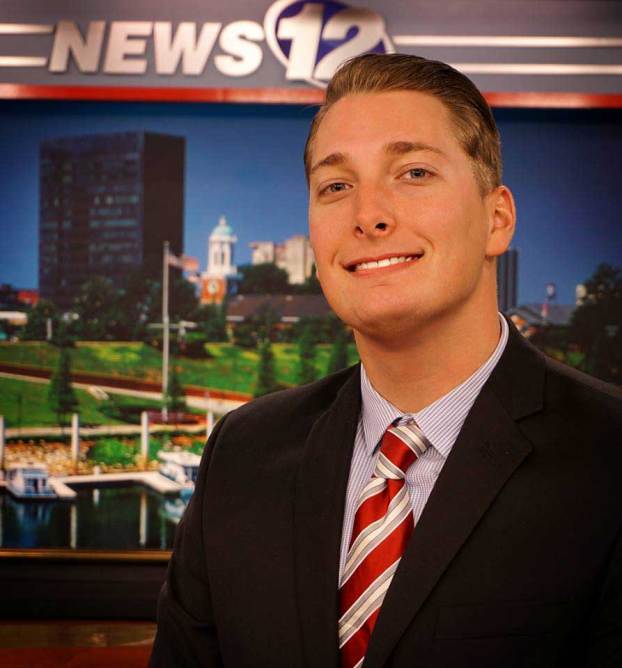 A once familiar face around the halls of Southside Virginia Community College in Alberta is now a newscaster for WRDW News 12 in Augusta, Ga.  Benjamin Billmyer recently landed a job as multimedia journalist with the television station.

The station covers 13 counties in the Central Savannah river area that includes the cities of Augusta, Georgia and Aiken, S.C.

Born in Richmond and raised in Alberta, Billmyer is a graduate of SVCC with an Associate’s in General Studies degree.

“SVCC was the bridge I needed to help me reach the next big step. Their helpful staff and curriculum prepared me for advanced collegiate courses while letting me save money before my transfer. I would recommend Southside’s Transfer Program to anyone trying to make the same step I made when I was a student,” he said.

“Bernadette Battle [director of student services] helped me make my transfer to VCU happen.  She deserves recognition for that,” he said.

After SVCC, he transferred to Virginia Commonwealth University in Richmond where he earned a Bachelor of Arts and Sciences in Mass Communications with a concentration in Broadcast Journalism from the Richard T. Robertson School of Media and Culture.  While at VCU, he co-anchored, reported, edited and shot video for the school’s award-winning student news program, “VCU Insight.”  He was also host of a talk show on the college radio station and interned at WRIC-TV ABC 8 News in Richmond.

He is a graduate of Kenston Forest School in Blackstone. His parents are Jeff and Ellen Billmyer of Alberta.

Christian reflects on board tenure

After over 15 years on the Buckingham County School Board, representing the New Canton and Arvonia areas of the county,... read more