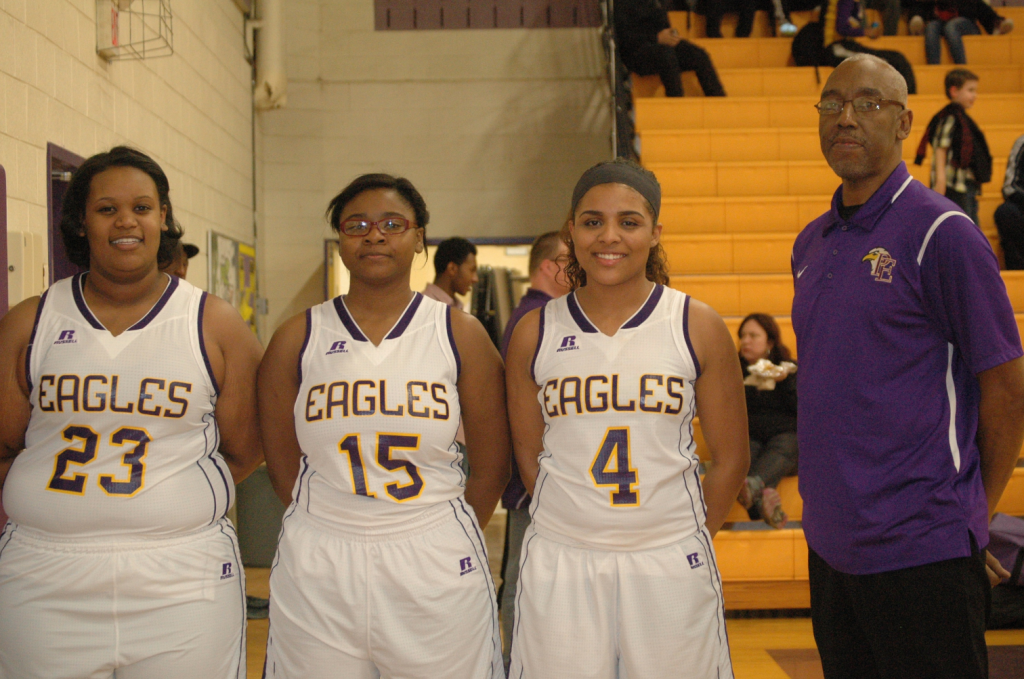 After entering an extra quarter with a 49-49 score, the Prince Edward County High School varsity girls basketball team pulled out a 60-52 win in overtime over the Central High School Chargers on Friday night.

The teams were neck-and-neck for the entire first half, but the most exciting part of the game happened during the fourth quarter.

The Lady Eagles were up 43-38 entering the fourth quarter, but the Chargers gave one last push late in that quarter to tie the score before the buzzer alarmed. 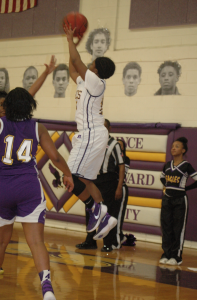 “We threw away some opportunities,” said PECHS coach Carlton Redd. “The last time we played them we only won by two (points) down there (at Central). I didn’t expect anything different this time. I knew it would be a close one because they play with heart.”

Fans began to watch the nail-biter as the Chargers scored first in overtime. But, three Eagles wouldn’t let go of their win.

Kadeisha Wright notched three points on the board, while Makayla Booker scored two. Da’Mya Harris put the Eagles over the top with six points, which sealed the win for Prince Edward.

“They played a very good game and they didn’t lay down for us,” said Redd. “I am proud of my team. They did well.”

Harris led the Eagles with a game-high 26 points, 18 of those from three-pointers. Wright contributed 15 points. Makayla Booker and Shaunice Beasley had six points each.

The team will return to action on Thursday at 7 p.m. when it travels to Amelia for a conference matchup against the Raiders.