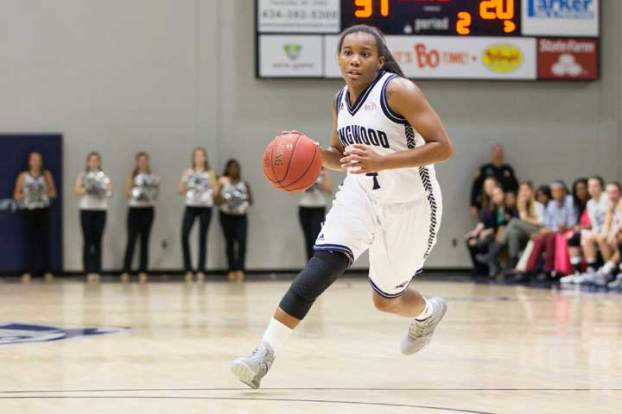 A 13-4 run in the opening 9:19 of the second half helped reigning Big South Champion Liberty overcome a 10-point first-half deficit and escape with a 72-67 victory over Longwood women’s basketball Sunday afternoon inside Willett Hall.

The win gave the Lady Flames (10-8, 7-2 BSC) their seventh victory in their last eight games to keep pace with Presbyterian, UNC  Asheville and Gardner-Webb for first place in the Big South standings.

Meanwhile, Longwood (5-14, 2-8 BSC) dropped its fifth straight game which marks the longest losing of the season.

“We shot the ball extremely well in the first half. In the third quarter, we missed a few shots and our defensive energy suffered.”

Pushed back 24 hours from its original start time due to winter storm Jonas, the contest against the Flames and Lancers marked the second straight season it has been decided by five points or less in Farmville.

Liberty forward Katelyn Adams matched her season-high with 11 points to lead Liberty in the scoring column.

Liberty’s run to open the third quarter was sparked by the combination of Kearney and Adams, who combined for 11 of Liberty’s 13 points to open the second half. The duo combined to shoot 4-for-4 from the field and added 3-of-4 free throws during the stretch.

Senior Raven Williams tallied a season-high 14 points in her second game back in the Longwood lineup, while Autumn Childress and Deborah Headen each added 10 points apiece.

Longwood used hot shooting from beyond the arc to take as much as a 10-point lead in the first half and take a 32-30 advantage into the intermission.

With the Flames holding a 15-point advantage midway through the fourth quarter, the Lancers made a comeback and closed the margin to the final five points after Williams and Headen scored 11 points in the final minute of play.

Longwood will return to action on Monday, when the team travels to Presbyterian for a 7 p.m. game against the Blue Hose.