Buckingham board will rotate chairmanship

Supervisors in Buckingham have agreed to rotate the role of chairman of the board on an annual basis.

The action — proposed by District Two Supervisor Donnie Bryan — was taken during the board’s reorganizational meeting on Monday. 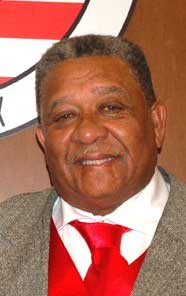 Until now, supervisors nominated the chairman, who would be elected by a majority vote. 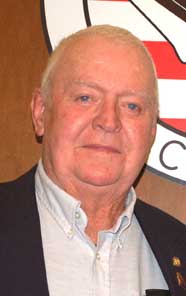 District Six Supervisor Joe N. Chambers Jr. — the sitting supervisor with the most seniority — will begin the cycle as chairman for the 2016 calendar year, while District One Supervisor R.C. “Bobby” Jones, will serve as vice chairman.

According to the bylaw change unanimously adopted, the vice chairman will become the chairman the following year.

The chairmanship will begin with Chambers, followed by Jones. Jones,

“In keeping with this policy, the selected vice chairman will be elevated the next year to serve as chairman,” Bryan’s statement read. “The guiding principal of this is to alleviate the posturing and division off the board at the start of each year. In doing this, each elected member will have the chance to serve as vice chair and as chairman. Should a member die, resign or not want to sit in the appropriate chair, then they will move down the list to the end and … select the next member in line.”

Neither Prince Edward nor Cumberland rotates the position of chairman or vice chairman.

Both Chambers and Jones agreed that rotating the positions was a great idea.

“That will give every supervisor a chance to serve,” Chambers said, noting nearby counties rotate their positions on their respective boards.

“It sounds like a fine idea to me,” said District Three Supervisor Morgan Dunnavant.

“I agree with it,” said District Five Supervisor Harry Bryant.

“This would be a change in the bylaws and you know every year it could be … changed,” County Administrator Rebecca S. Carter said.

Supervisors also agreed to employ a sign-up sheet for those wishing to address the board during the public comment portion of the meeting and during public hearings.

According to the change, having a sign-up sheet will allow citizens to indicate their desire to speak ahead of time.

“If this method is used, speakers should be limited to those on the list. The sign-up list will be in the entryway prior to entering the boardroom. Anyone who desires to speak after the comment period has started, and has not signed up, would not be permitted to speak, except with the permission by the board chairman,” the bylaw change reads.

Dominion Virginia Power is warning residential and business customers of a reported scam that has resulted in a local business... read more