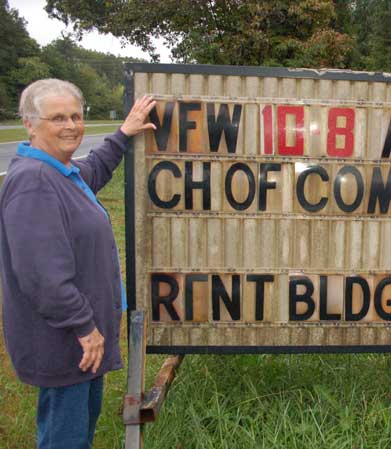 Marie Sweeney, of Buckingham, has been involved for about eight years in Buckingham’s VFW Post. She previously served as post commander and now acts as “landlady” or the person who coordinates the renting of the popular VFW Hall on U.S. Route 60. Sweeney also ensures that the building is maintained and updates the event sign along the roadway every month. Along with her VFW volunteerism, Sweeney has served as the emcee for the Buckingham Ruritan Memorial Day Ceremony for seven years. The Vietnam veteran, who served as a first lieutenant in the Army Nurse Corps, is also active in Buckingham’s Friends of the Library group. We thank and commend Sweeney for all she’s done for the people and community groups in Buckingham. Send ‘Way to Go’ photos to waytogo@farmvilleherald.com.

The Prince Edward County Board of Supervisors recently recognized the Farmville Jaycees in recognition of their work in the community... read more