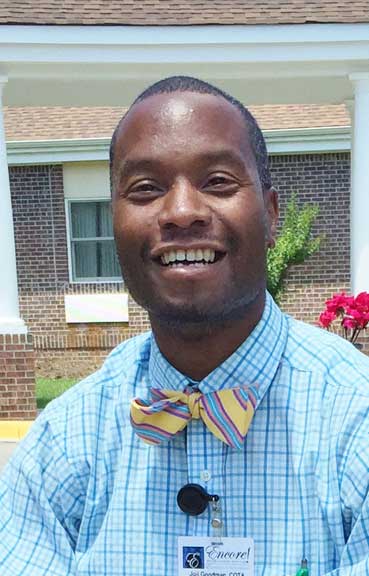 Four people have applied to become the next District Four School Board member in Buckingham County.

One of the applicants is Joii West Goodman, who opposed the late Russell P. “Pete” Gowin, losing by 41 votes in the Nov. 3 general election.

Gowin died Nov. 13 after being re-elected.

He wouldn’t say who applied.

“I expected more. I actually expected more people to speak,” Wise said of the applications and the public hearing regarding the position, held Dec. 9.

The deadline to apply for the position was Dec. 8, according to a notice posted on the school’s website.

“The board’s responsibility is to appoint a person to the seat of the vacancy within a 45-day timeframe. The appointed person would hold the seat until the next election,” said Division Superintendent Dr. Cecil Snead.

“I’m all about bringing people together,” Goodman said during the school board public hearing regarding the vacancy. “I’m all about building bridges and not putting up barriers.”

Goodman said he was seeking the appointment to the board.

He was the only speaker.

“I just want to simply say that I am simply here just to help to add to the board in any way that I possibly can. And I would just ask that you consider me for your appointment.”

Goodman, who works as an occupational therapist and served in the U.S. Army, said he’s worked the community in different capacities.

The school board will hold a special meeting on Monday at 10 a.m. to appoint a representative.

“Although the appointee will serve until the next general elections on Nov. 8, 2016, the appointee may choose to run for the position on the school board at that time, and if elected would serve the remainder of the unexpired term for District Four,” states the notice. The term will expire Dec. 31, 2019.

Three teenagers have been arrested and charged in connection with a robbery where three people were held at gunpoint... read more