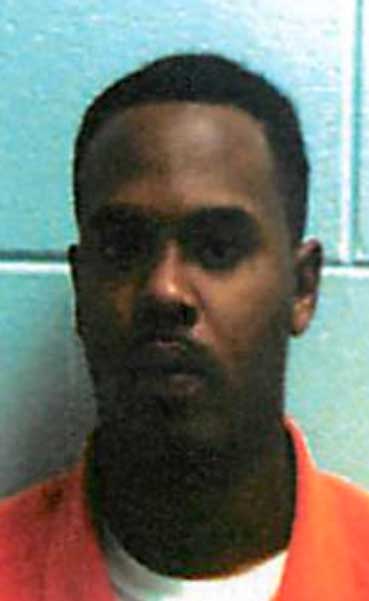 A 25-year-old New Canton man is charged with possession of cocaine and firearm charges after allegedly fleeing from police on Oct. 24.

“We had information that he’d been dealing drugs…,” Sheriff William G. “Billy” Kidd Jr. said. “We’d been on the lookout for his vehicle.”

Kidd said the incident that led to the charges occurred at about 11 p.m. near the 28000 block of North James Madison Highway, U.S. Route 15.

“He also knew he had a revoked driver’s license, so he turned [his vehicle around] on him,” Kidd said of the deputy who pursued Banks. “He ran down through a trailer court on Terry’s Drive … As he got to the woodline he wouldn’t stop so he got out and took off running, and the deputy chased him and had to tase him,” Kidd said.

Police found about $110 in cash on the suspect and later discovered open beer bottles and a bag of a “green substance” in the vehicle.

Kidd said that police also discovered small amounts of cocaine in small bags, a digital scale and a loaded .22 caliber pistol on the scene near where Banks fled, fell and was tased.

“The green stuff is that they call ‘spice.’ It’s still illegal,” Kidd said, describing it as a synthetic marijuana.

Banks has a hearing in Buckingham General District Court set for Friday, Dec. 11.

FARMVILLE — The Farmville Town Council will hold three public hearings on Thursday, Nov. 12. The town council and the... read more