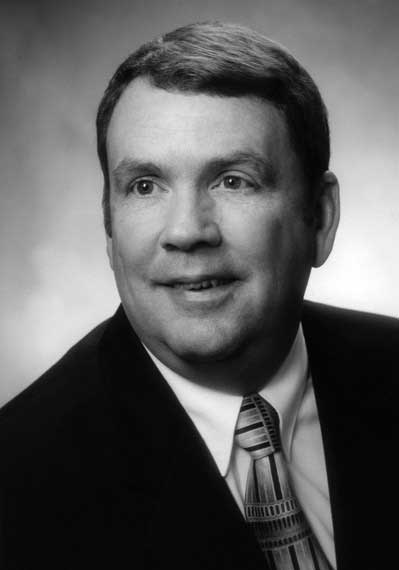 Delegate Thomas C. “Tommy” Wright Jr. has announced that he’s seeking reelection for another term representing the 61st District in the Virginia House of Delegates.

According to a press release, Wright, a Republican from Lunenburg, has completed all materials required to file as a candidate.

Wright is facing opposition in the Nov. 3 election from Democrat Greg Marston, of Crewe.

“Serving in the House of Delegates on behalf of the people of the region I’ve called ‘home’ my entire life is a tremendous honor,” Wright said. “In the House, I’ve worked to serve as their voice, representing the traditional values and conservative principles that characterize the people of Southside Virginia. For us, preserving our liberties, respecting the value of life and trusting in God are a way of life handed down from generation to generation. I live by those standards myself, and I bring them with me to Richmond every day I serve in the House of Delegates,” he said.

He said that people in the district know he stands up for them in Richmond, and he has the record to prove it.

“As chairman of the Firearms Subcommittee of the Committee on Militia, Police and Public Safety, I have accumulated a consistent record of protecting Virginians’ constitutionally guaranteed right to bear arms. Legislation that would infringe on these rights is assigned to my subcommittee every year, and every year I stand with our law-abiding hunters, sportsmen and gun owners,” he said.

“Whether standing up for the interests of our region on the tobacco commission or advocating for business-friendly policies in the general assembly, I have consistently supported policies that will expand opportunities for the people of Southside.”

Wright said he has opposed higher taxes and is a consistent supporter of fiscally conservative budgets. “The budget I supported this session actually reduced general fund spending by $1 billion, rejecting higher taxes and the exorbitant fee increases proposed by Governor [Terry] McAuliffe,” he said.

As a delegate, Wright said he works year-round “to ensure the people of our region have the assistance they need in dealing with state government. My district office in Victoria is there to serve the citizens who have entrusted me to represent their interests.”

Wright said he’s invested in the young people of the communities he serves through the annual Delegate Tommy Wright Legislative Scholarships.