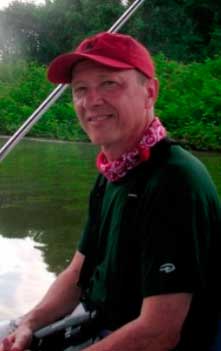 The public is cordially invited to the meeting of the Margaret Watson Bird Club Thursday at the Farmville-Prince Edward Community Library.  Refreshments will be served at 6:40 p.m. with the program beginning at 7 p.m.

The club is pleased to present noted ornithologist John Spahr, who will talk about “Hummingbirds: The Americas’ Avian Jewels.”

Hummingbirds are migrating through Farmville now on their annual trek to Central and South America.

Here in Virginia we are limited to essentially one species, the Ruby-throated Hummingbird, however, worldwide there are well over 300 species, with several recently documented new species.

John Spahr’s program will delve into some of the interesting and extreme aspects of these aerial acrobats.

John’s interest in birds began in his early teens when he joined his first bird club in Lancaster County, Pa. Over the past 25 years his birding avocation grew from the casual to the serious and, at times, the extreme. He is a long time member of the Augusta Bird Club and has served as vice president and program chair for nearly a decade.

John is also involved with the Virginia Society of Ornithology, having served as president and on the Virginia Avian Records Committee as well.

He started and captained the VSO Roving Ravens, a team that competed in the World Series of Birding in New Jersey in 2001 and 2002.

He has taught birding courses for his local bird club and for the University of Virginia’s Osher Lifelong Learning Institute.

John has traveled extensively abroad to learn even more about birds.

He has visited many countries in Central and South America, several locales in the Caribbean (including Cuba), Southern Africa, Ethiopia, Western Europe, Australia, New Zealand, New Guinea, Borneo, Bhutan and India, Antarctica, and most recently China and Tibet.

In 2010 John and his friend Bob Ake embarked on a birding “Big Year” in North America, a year-long quest to identify as many species as possible.  During this venture the team logged over 90,000 miles by plane, car, boat and on foot to document birds throughout North America.

John accumulated over 700 species during this “Big Year.”

After a 30-year career as a practicing physician specializing in pathology, John retired six years ago.

His retirement plans include even more United States and international travel as well as continuing study of all things avian.

He resides in Staunton with his wife Nancy. They also have a home in Highland County, where John is presently doing a census of Eastern Screech-owls.

Fall Farm Fest will be held at The Historic Village at Lee Wayside on Saturday, Oct. 3, with music by... read more