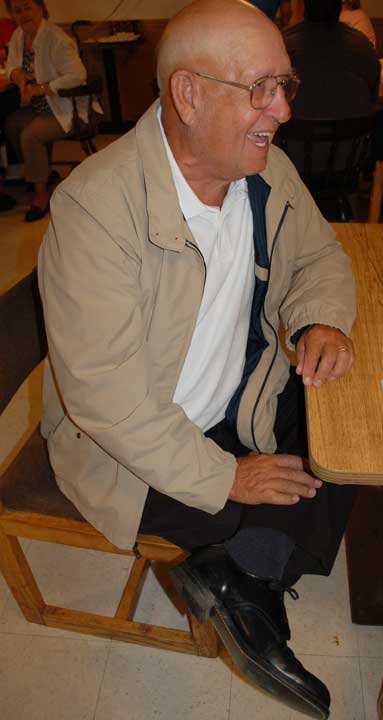 When the former Craddock-Terry shoe factories shuttered and laid off hundreds of people in Farmville, Dillwyn and in many other locations, it did more than change the local economies.

The decades-old closures also separated droves of departmentalized co-workers who had became friends and adopted members of each other’s family.

For approximately 15 years, two dedicated women have seen to it that the people who used to work side by side come together once a year to see one another, share stories and photos and rekindle old friendships.

While many of the over 500 that were employed in Dillwyn and Farmville have died, attendance has been growing at the annual reunion, organized by Annie May Miles, who worked for 35 years in the Farmville plant lining shoes. 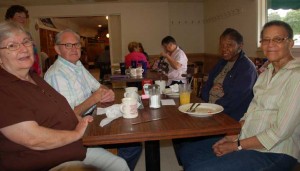 Shirley Waycaster organized the first events and Miles has carried on the batton.

“Well, we just all wanted to get together,” said Miles as she sat with her former colleagues in Teresa’s Place in Dillwyn. “You hardly ever see the employees that you worked with, so we thought this would be a good thing.”

Miles said that some of the

people attending don’t know each other, referencing people at a table near her who were chatting.

But following the hugs, stories and conversation, they leave as friends.

For 30 years, Dorothy “Dot” Shumaker worked in the Farmville and Dillwyn factories as a shoe cutter.

“It makes me feel good,” she said of being able to reunite with her former co-workers. “We worked together, we had our children together, had deaths together, celebrations, you know. We shared everything together, so it’s just a big happy family.”

When the factories closed their doors, they were separated, she said.

“It makes you feel good to be able to do it,” she said of attending the annual event. “It’s good to get back with old friends.” She said she enjoyed working at the factory.

Paul Lockner, of Farmville, worked at the factories in Farmville and Victoria. Working for about 35 years for the company, he served as supervisor in the stitching room and assistant plant manager in Farmville.

“It feels great. I’m about the only guy here so I get all the hugs,” he said.

“It was like a family,” said Buckingham resident Della Horne, who worked at the Dillwyn factory for 10 years. She said that three sisters and two brothers in her family worked at the factory, along with two sisters-in-law and a brother-in-law, in addition to some cousins.

“Everybody knew everybody. We were all close together,” she said. “It was all like a community.”

Because of Miles, the room full of people who came together and the strong bonds of friendship rekindled, the factories are still open and very much alive in the hearts and minds of the former employees.