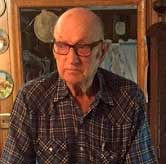 Mr. Thompson was a construction superintendent with Andrews, Large and Whidden for many years, and ultimately retired from Kenbridge Construction. He enjoyed fishing, hunting and puttering around his workshop.

Family visitation will be at his residence from 6 until 8 p.m. on Tuesday, August 25.