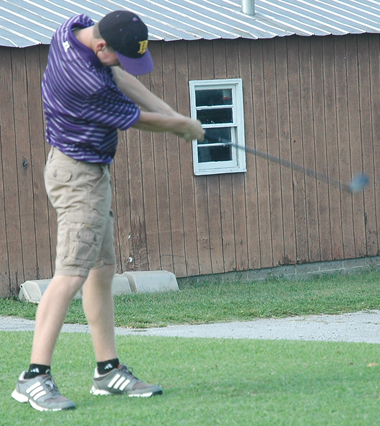 After winning a recent match against Nottoway and Buckingham with a team score of 189, the Eagles would keep that momentum going late last week with another strong performance. This time Prince Edward would take on Randolph-Henry and Nottoway in a match that saw all three teams shoot solid scores. The Randolph-Henry Statesmen have a long tradition of strong teams in their golf program and this year appears to be no different, as they would shoot a 154 to take first place in the match. However, Prince Edward continues to improve each week as they lowered their team score to a 181 and took second place overall at the Longwood Golf Course. Nottoway would finish the match with a team score of 189. Henry Lutz was the medalist for the match shooting a 36. The medalist for each match is the person shooting the lowest score of all teams combined.