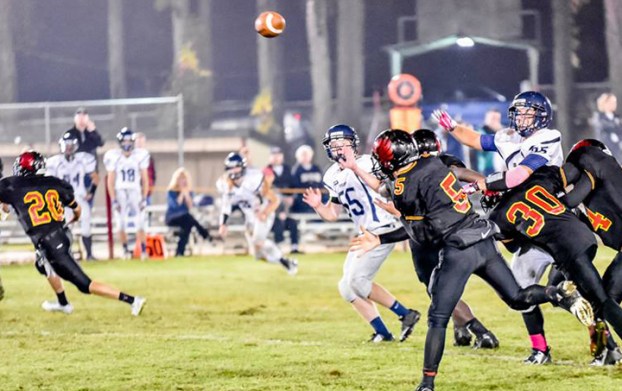 The local high school football teams will be starting their regular seasons this Friday with Prince Edward, Buckingham, Cumberland and Fuqua all hitting the fields. Below is a brief look at the games and opponents for this Friday night.

Game of the Week —

The Buckingham Knights will be hosting Appomattox in a big rivalry game at 7 p.m. These two teams both have state playoff aspirations and this early season game will give one group a big boost of momentum heading into their district schedules.

Appomattox comes off of a 6-5 record and loss in the first round of the playoffs last season, but they return key players on both side of the ball, including seven starters on offense and seven starters on defense. Some key players that the Knights will need to stop include: quarterback Matt Page and wide receiver Phillip Fleshman.

Buckingham will look to establish their running game with Leon Ragland and use a strong defense to help win the field position battle. Do not be surprised if B.J. Gough has a big role in the game as well after putting together a strong performance in their most recent scrimmage.

The PECHS Eagles will open the 2015 season in a 7 p.m. home game verses Windsor. This 1A East opponent comes off of a 2-8 season, but does return six starters on offense and six starters on defense. The key players for Windsor will be quarterback Keshawn Reid and a pair of senior offensive lineman in Luke Wall and Phillip Carr.

The Eagles will look to establish their running game while using their speed and depth advantage to wear down Windsor over the course of the game. This is a terrific first game for the young Eagles to allow them to hopefully gain some confidence and work on areas that PECHS varsity football coach James Ford said needed work, following recent scrimmage.

The Dukes and new Head Coach Ed Knapp travel to Charles City in search of revenge after falling to the Panthers last year in a close game. Charles City comes off of a 4-7 record and will feature an offense that runs and passes equally. QB Keshawn Reid is a focal point while running backs Mason Jefferson and Cecil Tyler are used in both run and pass situations.

Cumberland looks much improved following early season scrimmage action and the addition of a couple large offensive lineman will certainly help their run game. Coach Knapp hopes to control the game on the ground and use that to keep the Charles City offense in check.

The Falcons take on an improving Greenbrier team that went from 1-9 in 2013 to 5-5 last year. They have plenty of size to use for a power running attack as KJ Bynum will carry the ball and checks in at 235 pounds. Up front the Gators have Brandon Wynn and Cody Jeffries who both are over six foot and over 230 pounds.

The Falcons will use their diverse offense led by Devin Allen at QB and a good offensive line that includes Brad Davis. Fuqua is coming off of another strong season last year and Greenbrier will provide a good first game test to help the Falcons determine where they are with this 2015 group.

The 2015 cross-country team at Hampden-Sydney College will be looking to use a combination of returning and experienced athletes, along... read more