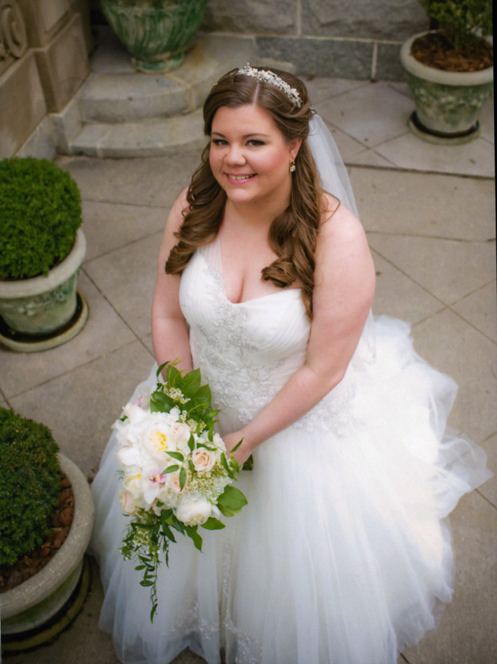 Courtney Warren, sister of the bride, was matron of honor. Bridesmaids were Ronda Chandler, sister-in-law of the bride, Roxy Aldrich, and Janet Bunell.

The reception, with “Happily Ever After” Disney theme, was in the Empire Room, Jefferson Hotel.

Following a Western Caribbean Disney cruise, the couple will reside in Farmville.

The bride, a 2004 graduate of Fuqua School, received her bachelor’s and master’s degrees in Communication Sciences and Disorders with minor in Special Education from Longwood University in 2008 and 2010. She is employed by Lunenburg County Schools as a speech-language pathologist,

The groom, a 2003 graduate of Nottoway County High School and 2007 graduate of the United States Merchant Marine Academy, is a tugboat captain with Kirby Inland Marine.