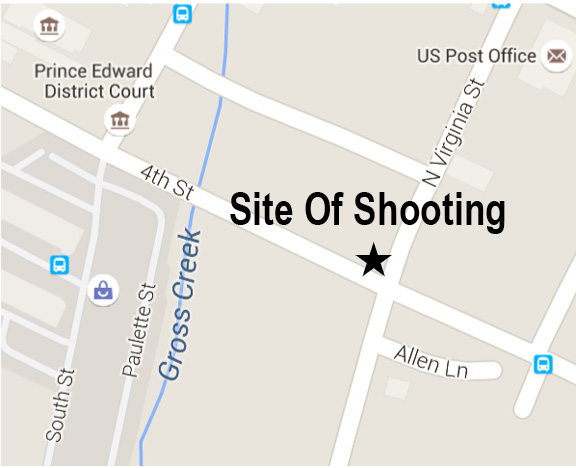 FARMVILLE — A man was shot in the arm Wednesday night in a parking lot in the 200 block of Fourth Street, and one person was arrested, police said.

“Over the course of the investigation it was determined that several subjects were involved in a fight at this location just prior to the shooting,” a Farmville Police Department release said. “There are indications that prior to the fight, the individuals had been involved in an ongoing disagreement and this was not a random act. During the fight, the suspect pulled a firearm and fired one round striking the victim in the arm. The suspect fled the scene and was apprehended by police in the 500 block of South Virginia Street shortly after the incident.”

Junious Holmes Mottley, 32, of Rice, was charged with malicious wounding and jailed. The victim, who was not identified, was transported to the hospital for medical treatment.

Due to the proximity of the incident to Longwood University, a campus alert was sent out as precautionary information, which is standard procedure, the release said.

Police are investigating whether the incident is related to a May 26 shooting incident in the 600 block of South Main Street, according to the release.