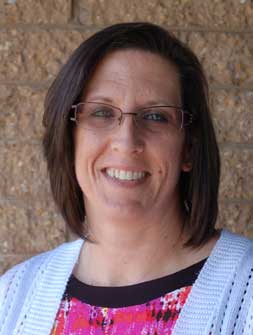 Along the way, Hurt served as Mecklenburg’s school board clerk for five years, earned a bachelor’s degree in business administration from Liberty University in 2007, was the family and consumer sciences teacher at the Career and Technical Education Department at Bluestone High School, earned a master’s degree in administration and supervision from Liberty, and served as the assistant principal at Bluestone Middle School the past three years.

Lastly, she has earned a degree as an educational specialist in curriculum and instruction. And, yes, she’s wants to take the examination for acceptance in the doctorate program and hopes to be enrolled by fall.

“…It’s that I think I get comfortable in one position and it’s like I want to learn more,” Hurt chuckled. “I want to learn to do something new so every day … has got to be an adventure.”

The mother of two children, ages 7 and 11, has taken much of her work online at Liberty University with the help of a supportive husband, who is a 1993 Prince Edward County High School graduate. Hurt said she was attracted to the Prince Edward position because of the possibility of learning something new and working in education in a different capacity. She likes middle-school children “because it’s a time in a child’s life when they’re just trying to figure it out … where do they fit in, and I like helping kids work through that process.”

And her oldest child, a seventh-grader, will come with her to Prince Edward this year.

“We are pleased that Mrs. Hurt is joining our leadership team as principal at Prince Edward County Middle School,” Division Superintendent Dr. David Smith said Monday. “She has a strong background as administrator in a middle school with similar demographics and is experienced in increasing student achievement.”

Hurt will replace retiring Principal Lucy Carson, who served for 30 years as an educator in Prince Edward. Carson had served as middle school principal since 2009.

In other administrative appointments, county school board members named Tammy Donahue, who has central office, principal and assistant principal experience in other school divisions, as director of accountability and research, and current middle school science teacher Shelly Clark-Reed as the elementary school’s new assistant principal.