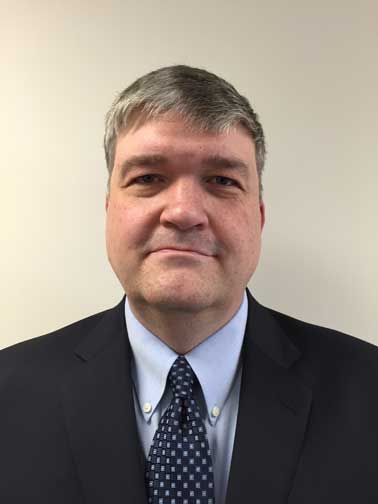 PRINCE EDWARD — Commonwealth’s Attorney James R. Ennis will retire at the end of the year and two candidates have entered the race to fill the vacant seat. Attorneys Brian Butler and Megan Clark are both seeking the Democratic Party’s nomination and will compete in the June 9 primary.

There are no other announced candidates for the post and next Tuesday’s winner will be unopposed in the November general election. The Herald has asked the two candidates to respond to four questions related to the function of the office. We hope Prince Edward voters will find their written responses informative.

1. What do you see as the biggest challenge for a Commonwealth’s Attorney and how would you, specifically, meet that challenge?

One of the biggest challenges for a Commonwealth’s Attorney is to secure increased state funding to retain qualified attorneys who are capable of handling a large caseload. With such a high caseload, time to prepare for trial is at a premium. State funding is critical to being able to keep highly qualified attorneys, otherwise the locality is potentially forced to supplement salaries out of local tax dollars at an ever increasing rate.  Funding for career prosecutors is the top priority for the Virginia Association of Commonwealth Attorneys at the next session of the legislature.  An Assistant Commonwealth’s Attorney can make roughly twice the annual salary in private practice.  That same Assistant could make significantly more income in a larger jurisdiction that provides greater local supplementation to his or her salary.  The state must recognize that it needs to increase compensation to highly qualified Assistant Commonwealth’s Attorneys in order to hire and retain personnel.

2. If elected, what, if any, change would you make the first day on the job?

None.  There are no simple, single-day changes that can be made in an office that deals with the complex issues the Commonwealth’s Attorney does.  Any change in our operations necessarily involves other stakeholders in the system.  The clerk’s offices, judges, law-enforcement agencies, court services units, probation officers, and many others work together to keep the system functioning.  There are no easy answers and we have to be vigilant for unintended consequences.  On the first day, I will continue to work with others in the criminal justice system to fairly and ethically prosecute crime while protecting public safety and respecting the rights of victims.

The decision to seek the death penalty is obviously a serious one.  It is especially difficult for me because of my belief in the sanctity of human life.  In many cases, death penalty cases go on for years, or even decades, and makes celebrities of the condemned.  The death penalty system is expensive and difficult to sustain.  There are four regional capital defender offices in Virginia that are staffed to defend the accused or to assist capital counsel. The Attorney General of Virginia maintains a Capital Unit to defend appellate challenges to death sentences.  As of May, 2015 there are only six prisoners on death row and there are no executions scheduled.  Prosecutors continue to seek capital murder indictments, but the overwhelming majority of them are resolved as plea agreements.

We have seen with recent executions in other states that it has been more difficult to carry out the sentence as we can no longer obtain necessary drugs. Carrying out the sentence with less effective drugs that results in a cruel death is not the answer. Though some would argue that the prisoner deserves a cruel death, that cruelty is indefensible both constitutionally and morally. We will not eliminate the evil embodied in those who commit the worst crimes in our society by emulating that behavior.

I remain convinced, however, that the death penalty is an important tool in prosecuting the worst offenders.  With the threat of the death penalty, defendants will frequently agree to plead to capital murder with a life sentence without the possibility of parole. In a recent study, 81% of capital murder cases are resolved by plea agreements. That sentence takes these dangerous offenders out of society, but leaves open the possibility of reconsideration of the sentence should new evidence be found that exonerates the defendant or calls their conviction into question. For those that are sentenced to life without the possibility of parole, the death penalty imposes a consequence if they kill another prisoner or guard or escape and kill a citizen.  Without the death penalty, there would literally be no additional punishment that the Commonwealth could impose and thus no deterrent to additional murders.

A number of factors go into making the decision to seek the death penalty.  The most important are contained in the Code of Virginia.  The death penalty shall not be imposed unless the jury finds:

1. After consideration of the past criminal record of convictions of the defendant … there is a probability that the defendant would commit criminal acts of violence that would constitute a continuing serious threat to society; or

2. That his conduct in committing the offense for which he stands charged was outrageously or wantonly vile, horrible or inhuman in that it involved torture, depravity of mind or an aggravated battery to the victim.

4. Is there a prosecutorial line between when and when not to prosecute cases involving marijuana use?

No. Marijuana is an illegal substance in the Commonwealth of Virginia. My office will continue to treat marijuana like any other controlled substance and prosecute those who possess, distribute, or sell it without a valid prescription.  The job of the Commonwealth’s Attorney is to prosecute violations of the law, not to make the law.  If citizens believe that marijuana should be legal or decriminalized, then they should contact their legislators to make the change. It is not the prosecutor’s place to make laws.

There are provisions in the Code of Virginia, however, that permit the Court to defer proceedings in the case of possession of marijuana. A first offender can have the benefit of a deferred proceeding and end up with no conviction on their record if they meet certain requirements and undergo a period of supervision.  We have always supported, and will continue to support, dispositions that permit first offenders to avoid a criminal conviction if they are willing to accept responsibility and fulfill the obligations of the program.