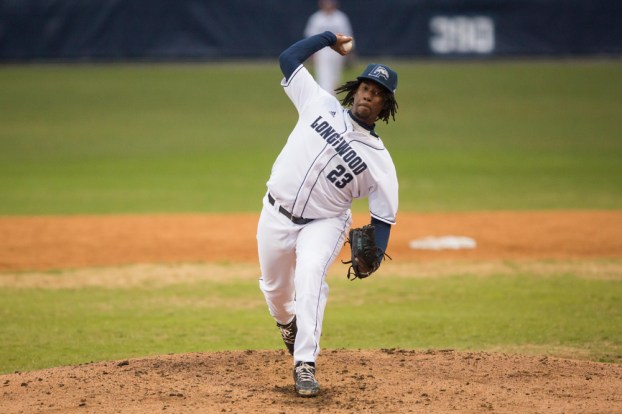 The two standouts led Longwood to the Big South Tournament for the second time in three years and a memorable win over rival Liberty in an elimination game for the Lancers’ second tournament victory in as many appearances.

Myers completed his Longwood career by racking up five records in his senior campaign.

The right-handed ace set the single-game, single-season and career strikeout marks over the course of 15 starts in 2015.

Myers also earned his 17th career save against UNC Asheville, pushing him past former Lancer Mark Montgomery for the all-time record.

The Newport News native joins Montgomery and Lance Harting as the only Lancer pitchers to receive ABCA All-Region honors during the Division I era.

While Myers led Longwood on the hill on Friday nights, Washington provided the power at the plate, belting a Big South best 15 home runs.

The left fielder is the first position player from Longwood to land on the ABCA All-Region squad having enjoyed his best season to-date, hitting .279 on the year.

Washington led the Lancers with his 15 home runs as well as his .548 slugging percentage. The junior drove in a team-high 52 runs while also scoring a team-best 40 runs. The junior was drafted in the 23rd round of last week’s Major League Baseball’s First-Year Player Draft by the Boston Red Sox, making Washington the ninth draft pick in Longwood history.

The pair of selections marks the first time Longwood has placed multiple players on the ABCA/Rawlings All-East Region Team and brings the Lancers to four honorees in the past five years.