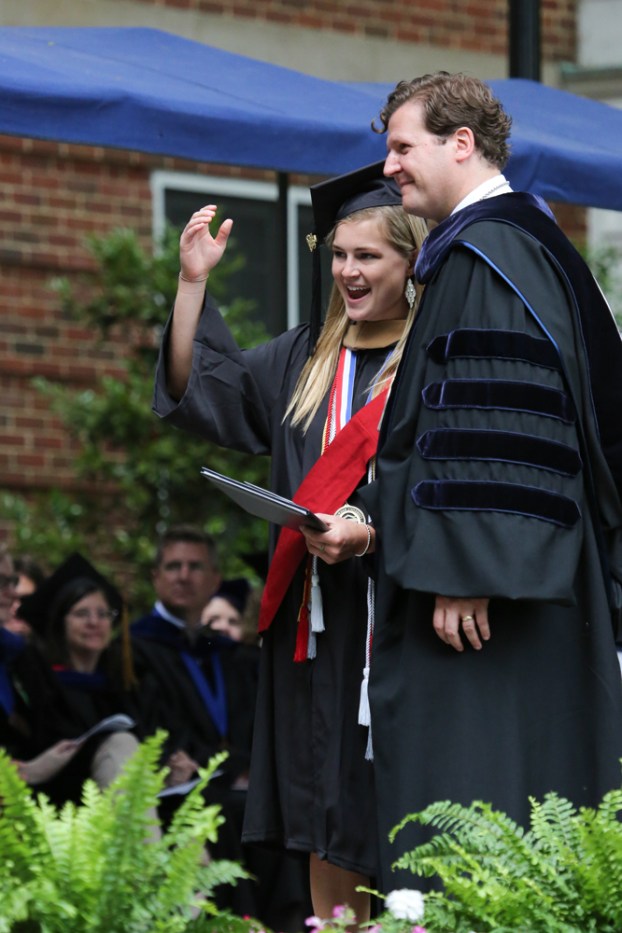 FARMVILLE — From the 2015 Longwood University class valedictorian to the program’s first Big South Scholar-Athlete of the Year, Longwood athletics laid claim to some of the most talented and versatile students at the university this past year. Dr. Consuelo Alvarez, Longwood University Associate Professor of Biology and Chemistry/Faculty Athletic Representative, compiled a list of those awards, available below.

Among the standouts was women’s soccer star Kelsey McDonald, who capped her collegiate career by receiving Longwood’s prestigious Sally Barksdale Hargrett Prize, which goes to the senior with the highest grade point average in the graduating class. Also on the list was four-year lacrosse starter Liz Trainer, the Big South Lacrosse Scholar-Athlete of the Year, and men’s golfer Jason Schumacher, who was one of two winners – alongside McDonald – of the Longwood Henry I. Willett Scholar-Athlete Award.

Longwood’s academic success among its student-athlete population spread across all 14 sports last season. Grade point averages for the school’s 14 varsity programs ranged from 2.70 to 3.43 with four of those teams – men’s cross country, men’s soccer, field hockey and lacrosse – all recording five-year highs. Men’s basketball and women’s cross country went on to post their highest spring GPAs in the past five years.

In total, 53 student-athletes made the Dean’s List during the fall and 56 in the spring. Thirteen appeared on the fall President’s List, and 12 received that honor in the spring. Women’s basketball player Emily Nylen was a President’s List selection last fall and spring, joining McDonald and Trainer in holding perfect 4.0 GPAs during both of those semesters.

McDonald was also named a CoSIDA Academic All-America third team selection as a senior, becoming Longwood’s first Academic All-American in the Division I era. She was named to the Big South All-Academic Team as well, joining 13 other Lancers to receive conference academic honors.

A full list of the awards from Longwood’s 2014-15 student-athletes is below.

Scholar-Athlete of the Year

The Big South Conference’s prestigious award for Academic Excellence.  The award is given to the male and female student-athlete who attains the highest GPA during their college careers.