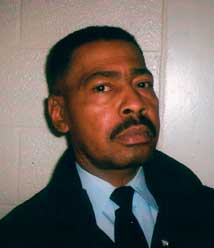 NORTH CAROLINA, June 2 — Lofonza Odell West, of Garner, North Carolina and formerly of Halifax County, died Thursday, May 28, 2015 at his residence at the age of 59.

He was born in Prince Edward County on February 3, 1956 to the late Rev. John Edward West and Alfreda Branch West. He joined Peaceful Tabernacle Baptist Church at an early age, attended Livingston College and retired in 2012 from the North Carolina Department of Corrections.

The family will receive friends Tuesday evening from 6 p.m. to 7 p.m. at Jeffress Funeral Home.

Condolences can be emailed to jeffressfh@yahoo.com.

Jeffress Funeral Home, South Boston, is in charge of arrangements.