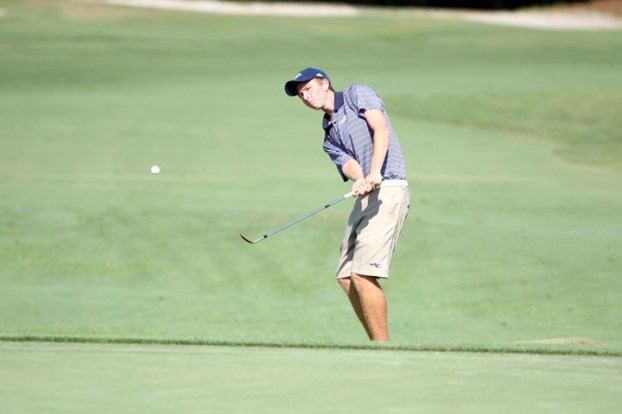 Forren set the tone for his first amateur title by carding a 2-under 69 at Colonial Hills Friday afternoon. The rising junior holed four birdies, including back-to-back birdies on No. 16 and 17 to rebound from his second bogey of the day at No. 15 and finish 2-under.

Carrying the lead into day two, Forren once again produced a strong round at Poplar Grove, the longest and toughest of the three courses, carding four birdies for the second day in a row.

Sitting at three under through the 16th, Forren appeared poised to create a small cushion heading into the final round, but a bogey-bogey finish left him 1-under for the round and just one shot ahead of second place.

No matter, Forren was able to overcome the shaky finish of day two, carding a 3-under 69 at his home course of London Downs to secure his first victory at the amateur level.

With the lead in hand starting the day, Forren never opened the door for the opposition, playing bogey-free golf over the final 18 holes.

For the to-be junior, the victory and the manner in which it was achieved is yet another step in his continued growth on the course.

“This past year was pretty important for me because it definitely helped me mature through all of my troubles on the course,” said Forren. “It’s created a different type of motivation for me to practice and improve because I want to win tournaments, especially as a team, and I feel like I didn’t do my part as a sophomore.”

The Rustburg native was sharp from start to finish, shooting below par in each of the three rounds, a result he attributes to a retooled approach on the ball.

“I’ve already made several changes in my golf swing and I feel like I will keep improving in the next few months,” said Forren. “This win has given me the confidence that I’ve been lacking and I think it will lead to much better performances in future competitions.”

It’s funny how a thing like confidence works. Forren seized it at the CVIGT and now the Lancers’ returning scoring leader will look to carry that confidence into the Virginia State Amateur this weekend in Charlottesville.

Several members of Friends of the Appomattox River (FAR) paddled down the Slate River in Buckingham County in early May. FAR members who enjoyed... read more