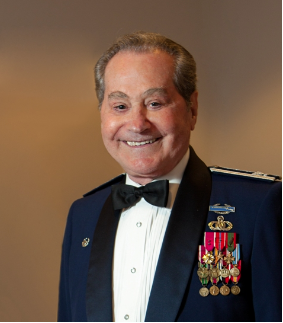 The National D-Day Memorial Foundation will commemorate the 71st anniversary of D-Day with a full day of activities including special music, wreathlayings, a veteran’s reunion tent, living history, and a twilight remembrance in the evening.  The ceremony begins at 11AM on Saturday, June 6.

The keynote speaker for the program is Dame Mary Sigillo Barraco. Barraco was an American teenager living in Belgium when World War II broke out. Shortly after the war began, she joined a Resistance Group known as the “Freedom Fighters” and was responsible for aiding downed allied pilots, hiding Jewish citizens, and sneaking supplies to those held in Nazi prisons and detention camps.   Barraco and her fiancé were eventually betrayed for the equivalent of $12 by a Belgian partisan. They were subsequently captured and subjected to savage torture by the Gestapo.  Her fiancé was later executed.  Barraco’s message will center on tolerance, responsibility, and never taking freedom for granted.

The U.S. Coast Guard Ceremonial Honor Guard Silent Drill Team will also perform during the June 6 ceremony. A moving addition will be the music provided by the 29th Division band which will feature the legendary Col. Arnald D. Gabriel as guest conductor. Col. Gabriel was a combat machine gunner with the 29th Infantry Division in Europe during World War II.  He received two Bronze Star Medals, the Combat Infantryman’s Badge and the French Croix de Guerre.

Col. Gabriel served as Commander/Conductor of the internationally renowned U.S. Air Force Band, Symphony Orchestra, and Singing Sergeants from 1964 to 1985. His 21 year tenure was the longest in that organization’s history.  In 1990, he was named the first Conductor Emeritus of the USAF Band at a special concert held at DAR Constitution Hall in Washington, DC.

After the Memorial’s ceremony which will conclude around noon, a patriotic concert will follow. The Enduring Freedom Honor Team from Fredericksburg, Virginia will perform from 12:30 to 1:15.  The group consists of high school students dressed in WWII era uniforms playing period music.  From 1:30 to 2:30PM, the 29th Division band will conduct a full performance with Col. Gabriel in the Memorial’s main plaza. Food will be available on site throughout the day providing guests an opportunity to meet World War II veterans under the veteran reunion tent.

Admission is free throughout the day and the Memorial will remain open until 9PM.   For the evening, the Memorial is hosting a Twilight Remembrance with a portion of the 29th Division Band playing from 7:30PM to closing.  The band will end the evening with the sounding of Taps.

D-Day and World War II veterans and their families are asked to call ahead for VIP parking passes and reserved seating. For more information or updates, visit www.dday.org or call 540-586-3329.