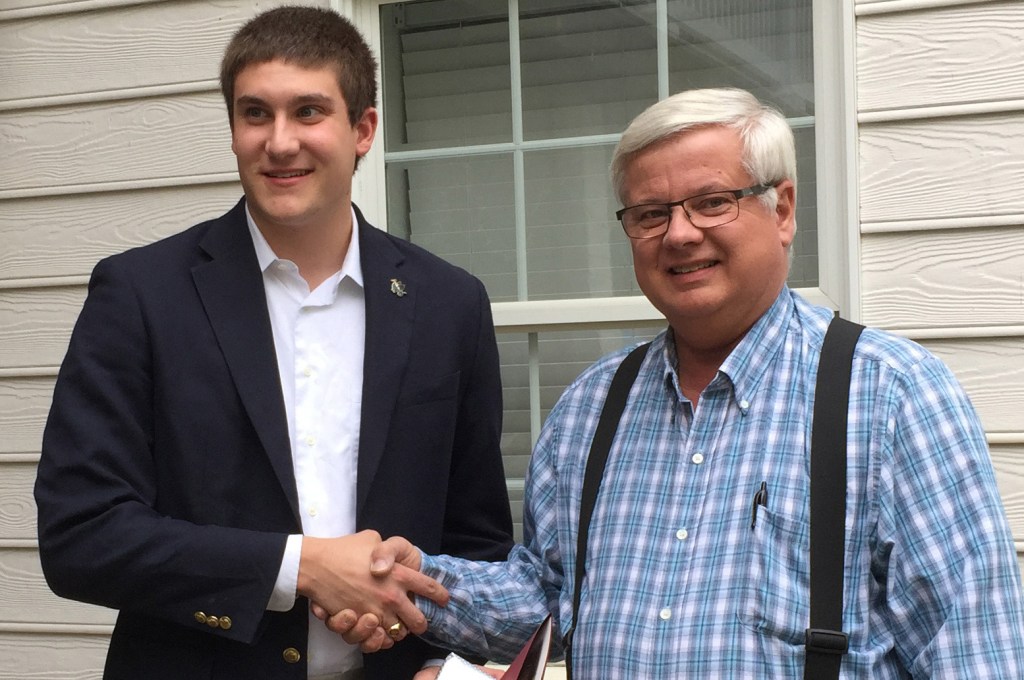 This award is given to the graduating senior who has demonstrated continuous service to not only the department of physics & astronomy, but to the greater Hampden-Sydney community during his four years. A certificate along with a small gift is given to the student and his name is placed on a plaque in Gilmer Hall.

Robertson began at Hampden-Sydney College in July of 1983 and has been a great asset to the College since. He has assisted many students with their independent and summer research projects and has developed numerous demonstrations for use in the classroom.

He is also known, on campus, as the go-to expert for repairing small appliances and other objects.

David holds a President’s Scholarship and is a member of the professional scientific fraternity Alpha Chi Sigma, the leadership society Omicron Delta Kappa, and the Society of Physics Students. He is also a member of the Hampden-Sydney Acousticals, the H-SC Men’s Chorus, and the President’s Leadership Council.