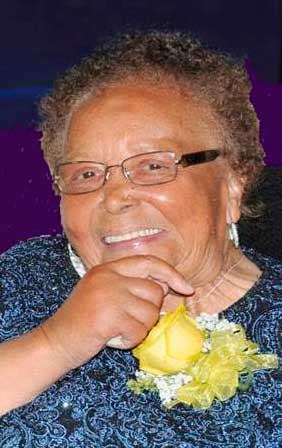 CUMBERLAND — “This is the beginning of something big,” Betty Lou Gilliam Scales told The Herald in an interview last summer. Regarding a resolution to honor her service presented by the Cumberland County Board of Supervisors, she said, “So many people live and die and never know they are appreciated. I don’t think I need it, but if it begins something that’s worthwhile, so be it.”

Betty Scales passed away on May 12, and throughout her life she taught generations of Cumberland County children and served the county in numerous ways. In her wake, she leaves a legacy of teaching and serving instilled in her children and all of her extended family, who, according to her, was every single resident of Cumberland.

“All of us are kinfolks, whether we like it or not,” she told the crowd gathered in the Cumberland High School gym to honor her last June, almost exactly one year ago.

To better honor the lasting legacy of Scales, the board of supervisors unanimously approved a resolution officially deeming Dec. 2 as “Betty Scales Day of Service.”

“Our family was deeply honored that the County of Cumberland felt so strongly about the works and accomplishments of our mother,” said Jeff Scales, son of Mrs. Scales and principal of Cumberland High School. He expressed the overwhelming gratitude of his family “that an entire day has been designated in honor our our mother, Mrs. Betty G. Scales, and to have it on her birthday makes the honor more special.”

The resolution presented in her honor describes Scales as having “distinguished herself through her dedication and commitment to serving the citizens of Cumberland County with professionalism and integrity.” The resolution adds that in doing so, she “earned the deep respect and esteem of all with whom [she] worked during her lifetime.”

The resolution draws attention to the fact that Scales was a “revered and respected life-long citizen” who was born on Dec. 2, 1930, in Cumberland County. As an educational pillar in the community, Scales dedicated 46 years of her life to educating future generations. She began teaching at Cedar Fork School, later moving to Pine Grove School, where she taught all areas of the curriculum, before continuing her service as an educator at Luther P. Jackson High School, Cumberland County High School and, lastly, Cumberland County Elementary School.

Mrs. Scales’ daughter and Commonwealth’s Attorney Patricia Scales said of her mother, “She lived a life of service and she gave her heart to her family, her community and her students” and expressed the she is “touched, […] proud and honored” that her mother is being acknowledged in such a way.

The resolution concludes with the proclamation: “NOW, THEREFORE, BE IT RESOLVED that the members of the Cumberland County Board of Supervisors, through this Resolution, do hereby establish December 2 as Betty G. Scales Day of Service in Cumberland County, Virginia, to be celebrated each year in honor of the service, legacy, and life of Mrs. Betty G. Scales.”