FARMVILLE — After 36 years with the newspaper, today’s edition is the last for Ken Woodley, who has worked for The Farmville Herald since 1979 and has been editor for the last quarter century.

Woodley’s final day in his office at 114 North Street is today, May 29.

“My years here have been such a blessing. It is indeed a wonderful life,” said Woodley. “I hope each of my teammates here has the same chance that I have had. They have my complete confidence and undying affection.”

Woodley, who has won numerous Virginia Press Association awards, was the first back-to-back winner of VPA’s D. Lathan Mims Award for editorial service to the community, doing so in 1992 and 1993. In 2006, the Virginia chapter of the Society of Professional Journalists presented Woodley with its George Mason Award for lasting contributions to journalism.

In 2003, Woodley took his idea for state-funded scholarships for those locked out of school during massive resistance to the General Assembly and Governor Mark Warner. Sixteen months later, legislators created the Brown v. Board of Education Scholarship program.

Former National NAACP Chair, Julian Bond, said the scholarships were the first civil rights era reparation in the nation. Nearly 100 people have used the scholarships, which were meant to give back the educational opportunity stolen decades earlier by the school closures in Prince Edward County.

Woodley plans to write a book about that experience—A Balm In Gilead: The Brown v. Board of Education Scholarship Crusade.

In 2005, Woodley and the Commonwealth of Virginia were presented the Bridge Builders Award by the Washington, D.C.-based Partners for Livable Communities for their work together to create the Brown Scholarship program.

In May of 2008, Woodley approached Prince Edward County with his Light Of Reconciliation proposal, which was immediately embraced by the board of supervisors and illuminated atop the county courthouse two months later during an evening ceremony that filled Main Street with people; the bronze memorial marker—honoring Barbara Johns and her classmates and expressing sorrow for the closing of schools—was unveiled the following year.

In February of 1999, Woodley and the late Sarah Terry conceived the idea of a state fund to save the lives of uninsured Virginians diagnosed with a life-threatening illness. Two months later, Virginia’s Uninsured Medical Catastrophe Fund was passed by the General Assembly—the first state fund of its kind in the US.  It has saved more than 100 lives to date.

In 1994, Governor George Allen appointed Woodley as one of the commonwealth’s 18 regional council chairs of the governor’s Opportunity Virginia economic development initiative and The Herald editor co-founded the Virginia’s Heartland regional partnership as a consequence.

In 2012, the Cumberland Branch of the NAACP presented Woodley with its Uplift Service Award “In recognition of your written words and profound impact on our community.”

The Thomas Hardy Graham VFW Post 7059 of Farmville made a presentation to Woodley in 2012 “In appreciation for meritorious and distinguished service in furthering the aims and ideals of the Veterans of Foreign Wars through news articles and editorials.

“Ken Woodley’s impact on our newspaper—and the community we serve—has been profound and unmistakable,” said Herald Publisher Steve Stewart. “While saddened by his departure, we are excited about his next chapter. We appreciate Ken’s many years of service to The Herald and wish him well in future endeavors.”

He was also a past member of the Farmville Lions Club and is a licensed lay preacher in the Episcopal Church, as is his wife, Kim. 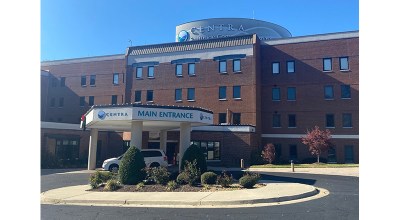 Easement For Dorm Approved By Town