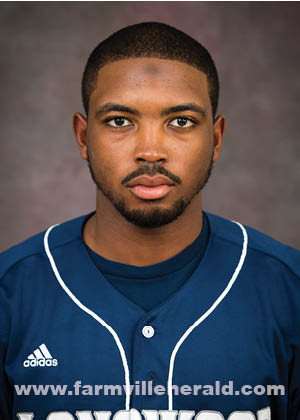 Washington led the Lancers to a come-from-behind win over rival Liberty in an elimination game last Wednesday with his 2-for-4 day and a game-changing home run. With the Lancers down 2-0 and facing Big South Pitcher of the Year Jared Lyons, Washington delivered a mammoth, opposite field blast which knotted the score and swung all the momentum into the Lancer dugout. The blue and white would later take the lead in the same inning before the dramatic ninth-inning victory.

The slugger also flashed the leather in the field on numerous occasions, making a pair of memorable catches to keep opponents off the board. Once, Washington laid out to make a spectacular diving grab against Liberty, preserving a tied ballgame in the late innings, while also running down a deep fly ball in the gap to keep Radford from an explosive inning in the opening match up.

Washington led the Lancers with three RBI in the three games at the Big South Tournament while hitting .273 on the week. The junior also finished the season as the Big South leader in home runs with 15, a total that places him third all-time in Longwood single-season history.

The junior was also named an All-Big South Second Team selection in 2015 after hitting .279 on the season and finishing tied for second in the conference with 52 RBI. Washington’s .548 slugging percentage ranked fifth amongst the Big South while once again leading the Lancers.