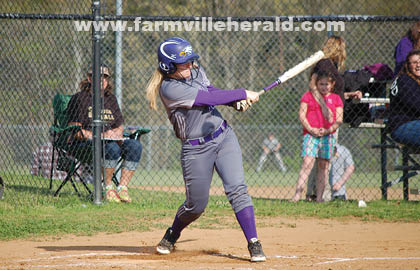 Prince Edward County High School senior softball player Lindsay LeSueur has been on a roll over the past week, as she has hit two home runs in the Lady Eagles last two games played. LeSueur hit a homer in PECHS' game against Randolph-Henry High School on Thursday, April 23, and then hit another home run on Monday, April 27, when the Eagles faced off against the Altavista High School Colonels