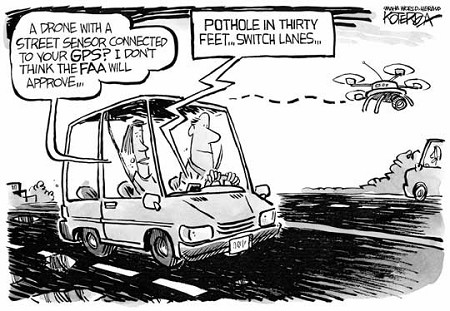 Don’t touch that table. Keep everything right where it is.

The dialogue between Centra and this community regarding the treatment of victims of rape must continue.

During a recent meeting with the Longwood University community—a determined advocate for local access to a S.A.N.E nurse—Centra repeatedly said everything was on the table, nothing was being taken off the table and nothing is ever off the table.

True, five quick days later—too quickly, in my opinion—Centra announced it was maintaining the status quo: transportation via Centra ambulance to the trauma center at Lynchburg General Hospital.

But the issue isn’t going away. Longwood students and officials aren’t going to drop the subject (nor, for that matter, are we). And Centra should be taken at its repeated words.

Everything is on the table.

Nothing has been taken off the table.

And nothing is ever off the table.

And sooner, rather than later.

Either of two proposals offered by a member of the Longwood community seem effective and feasible means of providing local access to a SANE nurse (Sexual Assault Nurse Examiner) at Centra Southside Community Hospital.

Both suggestions, moreover, are based on Centra’s repeated statement that the lack of a S.A.N.E nurse at Southside Community Hospital has nothing to do with finances and everything to do with the volume of cases needed to maintain the level of competency a S.A.N.E requires, both to treat the rape victim and to testify with authority under cross-examination if the victim presses charges and the case goes to court.

Add a sixth S.A.N.E nurse to Centra’s five-member team based at Lynchburg General Hospital’s Trauma Center, where 205 sexual assault victims presented themselves last year, who would act as a ‘floater’ and travel to Centra Southside, and Centra’s Bedford hospital, when sexual assault care was needed there.

Have a S.A.N.E nurse based at Centra Southside—where nine sexual assault victims presented themselves in 2014—who would also help out at Lynchburg General’s trauma center to gain experience and maintain the necessary expertise to provide care, as well as offer evidential testimony in court that would stand up under cross-examination.

Looking at the numbers, it is not a matter of a one S.A.N.E nurse in Lynchburg who handled 205 sexual assault cases last year versus a S.A.N.E nurse in Farmville who would have handled the nine cases that presented themselves.

Accurately viewed, it was a team of five S.A.N.E nurses who handled those 205 cases. Or, an average of about 42 cases each in Lynchburg, compared with nine in Farmville, were a S.A.N.E nurse here.

The difference between 42 cases and nine cases, in terms of maintaining competencies and standing up in court, is sizable but not daunting and could be made up by a Farmville S.A.N.E nurse helping out the five-member team in Lynchburg, distributing the caseload between them.

Both suggestions made during the meeting at Longwood are terrific proposals and deserve a full, in-depth analysis and assessment by Centra and consideration by its board of directors in Lynchburg. I don’t see how that process could have been completed just five days after last month’s meeting, particularly because two of those five days were a Saturday and a Sunday. It seems to me even less likely in light of the fact, the Longwood meeting attendees were told, anything Centra did in Farmville would also have to be implemented at its other facilities, such as its Bedford Hospital.

A system-wide evaluation of the two proposals, and consideration by Centra’s board, is going to take time. We urge Centra to give both suggestions the thorough consideration they merit.

Centra’s spokesperson told the Longwood community that the first suggestion is “absolutely something that we could consider….I can ask about a floating forensic nurse. Like I said, nothing is off the table. This is constructive dialogue that we can continue to have.”

And the second suggestion would also be taken back to Centra decision-makers, the meeting participants were told.

Centra will get no argument here that a S.A.N.E nurse, with full forensic expertise, is needed to provide treatment and expert testimony. But this community and this newspaper will continue to argue that precisely those sets of expertise should be available at Centra Southside Community Hospital, and that there is a feasible means of doing so.

So, no, do not touch that table.

Spread these proposals out on the tabletop, and let’s find a way to make them real in Farmville, and across Centra’s service area, for the victims of rape.

We are, undoubtedly, very fortunate to have Centra so close to our community. Ultimately, it is a great compliment to that nonprofit healthcare system that we want more of it even closer.

(Ken Woodley’s disclosure: my wife is employed by Centra, working with its PACE centers in Farmville and Lynchburg that provide all-inclusive care for the elderly. I serve as a community representative on the Centra PACE Southside Farmville Participant Advisory Council. My daughter-in-law is also employed by Centra, as a nurse)

If You Must Drive In Winter Weather, Be As…