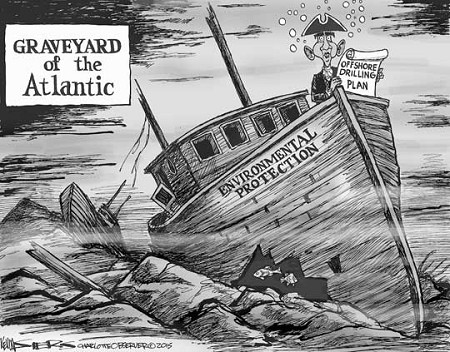 Norovirus still slithers through the community here and there. The ubiquitous illness affects 20 million Americans every year, so it’s somewhere pretty much all of the time.

But memory fails to recall anything like the impact this month, which saw Hampden-Sydney College at one point estimate nearly one-third of its student body was sick and the campus effectively shut down for five days.

Given that projectile launch pad, it is a credit to many, many people that this outbreak of norovirus did not run rather more widely and wildly through the community and things are now returning to normal. Piedmont Health District Health Director, Dr. Alexander P. Samuel, told us he did not expect it to spread like a wild fire in the wind because it rarely does so beyond close-knit communities where lots of people share a common area and eat communal meals, such as college campuses, or schools.

Dr. Samuel and the health department deserve a great deal of praise for riding herd and doing so much to help prevent this norovirus outbreak from stampeding through the community. Responding quickly and effectively, Dr. Samuel was a combination of trail boss, ramrod, scout, swing rider, wrangler and pointer.

Rowdy Yates couldn’t have done better and one can imagine Dr. Samuel staring down norovirus and telling it, in Eastwoodian tones, “Go, ahead, make my day” or asking it, “Do you feel lucky, punk?”

Nor was he alone.

H-SC set its phasers on norovirus-kill as it aggressively followed health department orders. Longwood University did likewise, as did the Prince Edward County Public Schools, each of which saw norovirus raise its ugly head last week.

All them ramped up the use of strong cleansers to clean common, high-usage areas every day. And they spread the word about prevention and what to do, too, if you caught norovirus—stay away from other people for a minimum of 24 hours, and just go ahead and make it 48 hours, after your last bout of vomiting or diarrhea.

The best piece of advice coming from Dr. Samuel was—let me see if I can remember. Oh yes—to wash our hands for 20 seconds with soap and water throughout the day.

Who knew that norovirus is resistant to hand sanitizers?

That advice is still the best way to keep norovirus from sinking its teeth into you. Washing our hands with such regularity is also a good habit to develop every day—winter, spring, summer and fall.

And, apparently, don’t touch your face.

Not touching your face is a big deal, too, though this advice does not come from the health department. Call it an urban health legend. But it makes total sense to me.

Between our nose, our eyes and our mouth, the face is like a germ/virus expressway for norovirus and its friends to drive straight into our bodies and have their way with us when we touch something germy and then rub our eyes, nose, or try and remove that bit of spinach from between our teeth.

(Wash your hands for 20 seconds with soap and water throughout the day; and don’t touch your face)

So, yes, the fight to restrain the outbreak of norovirus was very much a team effort, and we are all members of the team, and we’ve still got “cattle” to drive. Don’t get complacent.

Head those germs up and move ‘em out.

Which means we must wash our hands for 20 seconds with soap and water throughout the day, not just after using the bathroom or before meals, and let’s not touch our face, or anyone else’s.

An exemption is granted for face-touching on Saturday for Valentine’s Day but let’s wash our hands first for 20 seconds with soap and water, wash, if we must, until we have raw hands.

What we need is a good theme song, so… with a nod of the hat, and apologies, to Ned Washington, who composed the original Rawhide lyrics, and Dimitri Tiomkin, who composed the melody, originally recorded by Frankie Laine, here goes:

Get those germies soakin’, raw hands,

All the wonders we’ve been missin’,

Are waiting at the end with our bride,