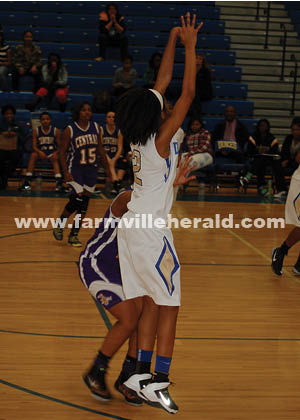 The Lady Dukes started the game off in full force, as they put 15 quick points on the board. The Chargers scrambled to keep up with CHS and were only able to score 11 points in the first quarter.

The second quarter saw Cumberland sink shot after shot, while the Chargers struggled to stay in the game. The Dukes did not let up as they added 18 points to their score, while Central Lunenburg only added nine.

Although the Chargers returned after half-time and began to press the Dukes' offense, they still were unable to stop CHS.

Cumberland improved its lead to 49-28 after notching 16 additional points in the third quarter.

Central Lunenburg seemed to be making a huge comeback in the final quarter, as they broke through the Dukes' defense and outscored CHS 14-6. However, their efforts were not enough to match Cumberland's scoring performance throughout the night.