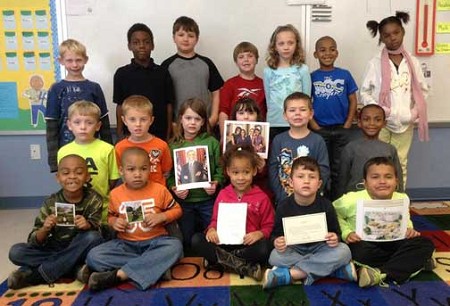 While studying the origins of President’s Day and other holidays, first graders at Buckingham Primary School decided to individually write to U.S. President Barack Obama following the idea’s endorsement from their teacher. “The students hadn't mentioned [the letters] again until our school secretary buzzed our class and said we had a letter from the White House,” noted teacher Vonda Wharam. “The students were so excited,” she shared. The students received a signed letter from the president, a photo of his family, and a map of the White House. (Submitted Photo)

Christmas Hours & Closures In observance of Christmas, the following local services will have amended holiday hours and closures for... read more