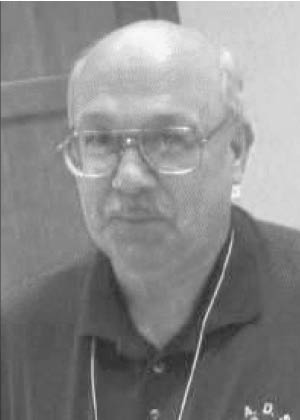 Dr. Merkle graduated from the University of Dayton with a B.S in Biology in 1970, continuing to complete an M.S. in Biology in 1972, and a Ph.D. in Zoology from Miami University of Ohio in 1975- the first doctorate in Zoology to be granted by that university. His 36-year career at Longwood College (now Longwood University) began in the fall of 1975 where he taught Human Anatomy and Physiology, Evolution, and Herpetology until his retirement as Professor of Biology in May 2011. He served as faculty advisor for the Kappa Lambda chapter of the Tri-Beta Biological Honor Society for 33 years and Director of Health Pre-Professional advising and curriculum for 30 years.

He was a dedicated teacher, admired and respected by his peers and by the many students he prepared to go on to graduate and professional studies. A physician who attributed part of her success to his teaching initiated the Donald A. Merkle Scholarship in 2001 to recognize incoming freshmen in Biology. In recognition of teaching excellence, Dr. Merkle was awarded Longwood’s Maude Glenn Raiford Teaching Award in 1991 and again in 2004, the first faculty member ever to receive the award twice, and the Student Faculty Award for Outstanding Service to Students in 1997.

His scholarly research focused on the population genetics of reptiles and amphibians, including Virginia populations of the cottonmouth water moccasin, Agkistrodon piscivorus, and the cave salamander, Ambystoma opacum, and he reported his findings in published literature. He was able to include students in his work and presentations through participation in the Sigma Xi Research Society Chapter shared with Hampden-Sydney College. A lifetime study of the chronology of natural history art resulted in an exhibition at the Longwood Center for the Visual Arts in 2007 entitled, “Birds of Prey – Five Centuries of Illustrations”. A number of original etchings and engravings from the exhibition are displayed on the ground floor of the Chichester Sciences Building on the Longwood campus.

Dr. Merkle had a deep and abiding interest in Horticulture. He developed and maintained the University’s greenhouse which housed, among its several hundred plant species, a rich and varied collection of bromeliad and cactus species acquired from his travels across the US. He was well known throughout Virginia for his diligent work on the experimental hybridizations of the daylily genus Hemerocallis. During retirement, he continued his horticultural activity making novel hybrids of the flower. He was an active member of the American Hosta Society and a life member of the American Hemerocallis Society including active memberships in the Richmond, Charlottesville, and Southern Virginia Daylily Societies.

Dr. Merkle was a member of St. Theresa Catholic Church since 1975.

He is survived by his wife, Barbara of over 43 years and sons, Matthew of Salisbury, N.C. and Andrew of Stephens City; brothers Ken in California, Jon in Dayton, Ohio; sisters, Tina Harris (Larry), Julie Merkle, and Joyce Merkle, all of Dayton, Ohio along with a host of nieces, nephews, cousins, and dear friends. He was preceded in death by his mother, Rita and father, Lee.

Special thanks and acknowledgement should be given to Centra Hospice and especially Anna Grandinetti for their care and concern during his illness.

Memorial contributions can be made to the American Cancer Society or the Donald A. Merkle Scholarship at Longwood University.

A private family graveside service will be held October 12 at 1 p.m. officiated by the Rev. Anthony Wm Morris at Trinity Memorial Gardens.