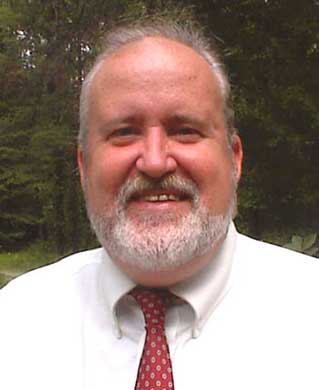 FARMVILLE – Incumbent Fifth District Congressman Robert Hurt of the GOP and Democratic challenger John Wade Douglass will have company on the November 6 ballot.

Hildebrandt stated in a press release that perhaps the biggest issue he's bringing to the table is industrial hemp, which he says would help farmers not only in his district, but throughout the country. He said it would be “the economic boost that this district and this nation needs now.”

Hildebrandt cited the February 1938 issue of Popular Mechanics referring to hemp as the “New Billion-Dollar Crop.” He stated that in Virginia it was once illegal for farmers not to grow hemp.

Hildebrandt was a former chiropractic physician who practiced for 13 years in New Jersey, until getting involved behind the scenes with US elections in 2000. He and his wife Elaine moved to Southside Virginia just after the election in 2004. He encourages all to look up his website, ElectKen.com, to find out more regarding his campaign, which, he says, he's in to win. “I haven't gone through all of this effort just for fun,” he said. “I know I can win this race if enough take the time to compare what I have vs. the others,” Hildebrandt stated.

Hildebrandt was a chiropractic physician who practiced (claims free) in NJ from 1987 to 2000, when, he said, he gave up his practice after realizing how much of his patient's pain was coming from Washington as he struggled to help people get better one by one.

From 2000 until the present he worked free of charge as an independent web journalist and was among the pioneers of online political video in early 2001. He has interviewed presidential, gubernatorial, senatorial and congressional candidates, and has had numerous video discussions with the world's most cited living author, Professor Noam Chomsky of MIT, according to the campaign's press release.

Upon completing a candidate interview in Washington, DC, on April 17, 2012, Independent Greens Executive Committee National Chairman, Carey Campbell, who had been watching, asked Hildebrandt where he was from. Hildebrandt replied he was from Southside, Virginia, where he and his wife Elaine bought a home in late 2004 and completely relocated from Manhattan in early 2006.

And he will be on the ballot in the Fifth District on Election Day.

PRINCE EDWARD – After years of not having to chip in to house inmates in the Piedmont Regional Jail, participating... read more