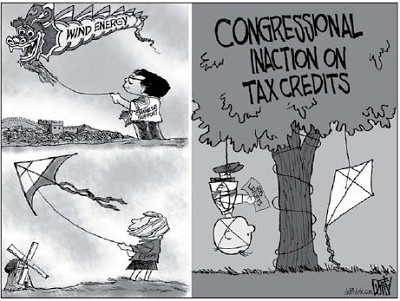 Downtown Farmville Calls Up The Right Person For Its Pennant Chase

Downtown Farmville had to get it right.

Unlike teams who fought for final play-off spots in the American and National Leagues, Downtown Farmville could not offer a starting line-up of nine all-star executive directors.

They've got one Triple Crown Threat.

Downtown Farmville will hit a homer or strike out based largely on the performance of that one person, not an expanded roster of September call-ups. Downtown Farmville could expand its existing roster by one person. Just one, called up in September from Winder, Georgia, its first-ever executive director.

Champagne corks will be popping.

Helen Person looks like a five-tool performer. The feeling here is the same as that of Downtown Farmville's search committee and board of directors. Person is going to hit for average, she'll hit for power, she'll run the bases, make the throw home or to third from the right field corner, and she'll catch anything hit or thrown her way.

That's exactly what the Downtown Farmville team needs to win the revitalization World Series for its community.

Person is even more important because she is the fledgling organization's very first executive director-she sets the tone-and so becomes the face and voice, the heart and soul, as far as local, regional and state officials are concerned, of Downtown Farmville. And within the Farmville community, too.

A lot is riding on her shoulders.

Don't expect it to phase her.

Person has a master's degree in historic preservation from the University of Georgia and her thesis topic was on the administration of Main Street programs.

That is the perfect double-play combo.

The fact that her bachelor's degree was in journalism, also from the University of Georgia, means her communication talent is keen. She's got good people skills, too. Lots of energy. Heck, she had Downtown Farmville's volunteer leaders hustling to keep up with her emailed ideas before she ever moved to Farmville.

And that's what makes it all even better. She won't have to do it all alone. And, quite honestly, she cannot. No one could. She'll need teammates.

One person, even if her name is Person, cannot play every position or fill every place in the line-up. Even the great Miguel Cabrera needs every Detroit Tiger to make plays with him to win the World Series this fall.

Fortunately, Downtown Farmville will provide those teammates their all-star needs through its many dedicated volunteers who worked so hard to reach this point.

The community, too, will be crucial. The Town of Farmville is vital and has proven itself with funding for Person's salary. Prince Edward County offered office space.

Yes, Downtown Farmville will rely heavily on Person. The level of her performance will dictate the height of the Main Street program's success in Farmville. But there is room on the roster for everyone.

Move the runner over.

Hit the cut-off. Steal a base.

Knock a groundball in the hole between first and second.

Stretch a single into a double.

So many nuts and bolts plays to be made. Grand slam walk-offs are the exceptions, not the rule of the game.

Any World Series trophy is covered by the fingerprints of each player on the team.

Every team, however, needs that go-to player around whom players and fans rally.

Downtown Farmville has just such a Person.

But success will come.

Romney Shows What's In His Mind

Editor, The Herald: Following the release of the now infamous 47% video, in which Mitt Romney is heard dismissing nearly... read more