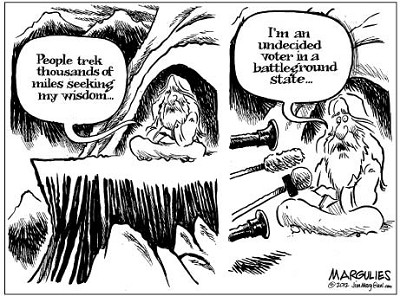 Brake For Those In Crosswalks Before Somebody Is Broken Beyond Repair

A Longwood University student was struck by a vehicle while crossing High Street, police reported based on eyewitness accounts, in a marked crosswalk last week.

State law is written to protect her.

Section 46.2-924 of the Code of Virginia-drivers to stop for pedestrians-clearly states: “The driver of any vehicle on a highway shall yield the right-of-way to any pedestrian crossing such highway at any clearly marked crosswalk, whether at mid-block or at the end of any block…”

Nothing could be more straightforward.

Farmville Police Chief Doug Mooney, speaking of the LU student, told us, “this girl was clearly in the crosswalk.”

She was obeying the law.

The motorist involved, the police chief said, “didn't see her.”

Thankfully, the Longwood coed did not receive life-threatening injuries.

The next time, however, the injuries may be more severe and a life could be lost.

There must be no next time. Wednesday's unfortunate accident offers the chance to discuss, in general terms not specific to any single accident, the motorist-pedestrian relationship.

This is a serious issue. At any instant of the day or night it could become a matter of life and death. There is an active, hustling and bustling university campus right in the middle of our town. Lots of people crossing streets, lots of them driving up and down the same streets.

Accidents happen, despite our best intentions. They can happen at any time to any one of us. Nobody is going to intentionally run into a pedestrian. There but for the grace of God goes us all.

But there are things we can do to reduce the chance of an accident taking place, such as increasing our attention and awareness to create a safer environment.

All of us need to learn our lesson from the accident last Wednesday and use it as a wake-up call.

Let's not wait until somebody dies.

We need to look out for each other.

We need to watch for one another.

We have a shared responsibility, according to state law.

The same section of state Code quoted above also states: “No pedestrian shall enter or cross an intersection in disregard of approaching traffic.”

Those words declare their meaning with great clarity, as well.

As Chief Mooney told us, “State Code also puts pedestrians on notice that they have a duty to not disregard oncoming vehicles. They can't just step out and expect people to slam on their brakes. They have to wait for cars to yield and that's kind of the smart thing to do.”

Pedestrians, he reiterated, “can't step out when the motorist doesn't have time to stop.”

High Street, in particular, has become an increasingly tricky proposition, especially between classes when students are crossing High Street to reach campus while others are crossing from the opposite direction to leave campus, having finished class.

Many of those students are on cellphones and seem less attentive than you'd like them to be.

There are also other motorists to deal with and one can never be certain if they are aware of the laws regarding crosswalks or not. Will they drive through them if a student is crossing the street or stop suddenly? And sometimes they are on cellphones, too, also less attentive than you'd like them to be.

One thing we can all do is stop using cellphones when crossing or driving down a street. The challenge we face is tough enough without adding cellphone use or texting into the equation. Concentrating on our own safety, and the safety of those around us, will play a large role in reducing accidents created by distracted motorists or pedestrians.

Common sense can solve many things, pedestrian safety among them.

The law tells us that if a pedestrian is in a crosswalk we must stop for them.

Despite the apparent clarity there is, Chief Mooney acknowledged, “a gray area there, where you have to use some judgment.”