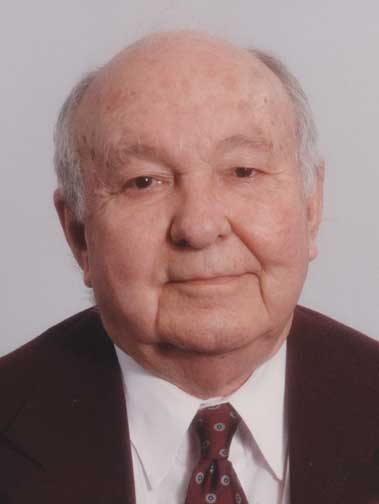 He was a lifetime Christian. He loved the Farmville Presbyterian Church where he had served as an Elder and helped lead the Men's Sunday school for all of his adult life. He was an avid reader and wonderful storyteller who delighted in the company of family and friends.

Mr. Watkins also cherished Farmville where he served as its Mayor in the 1960's, served as the Town Attorney and had been Prince Edward County's Commonwealth's Attorney for over 28 years. He practiced law in Farmville for 50 years.

He served as a member of the Board of Directors and President of Southside Community Hospital, now Centra Health, for 36 years. He was proud of his service on the Board of Directors of The Woodlands of Farmville where he, as recently as four months before his death, had served as its Chairman of the Board. He had been a member of the Farmville Jaycees, serving as its President and as a State Vice President of the Virginia Jaycees and a member of the Farmville Lions Club for 50 years. He attended VMI, Duke University, and graduated from Hampden-Sydney College, receiving his legal education from the Univer-sity of Virginia.

The family is grateful for the loving care and support shown him by all his friends, his family, and the tender care provided to him by the team from Centra Hospice and his care team.

The family will receive friends on Friday from 6:30 until 8 p.m. at the Puckett Funeral Home.

A “Homecoming Celebration” will be held in the Farmville Presbyterian Church on Saturday, August 18, at 11 a.m., fol-lowed by a graveside service.

Mr. Watkins requested that donations be made to the Farmville Presbyterian Church or the Prince Edward Volunteer Rescue Squad.

CUMBERLAND – With the new fiscal year underway, Cumberland County's Board of Supervisors recently heard from the Virginia Association of... read more