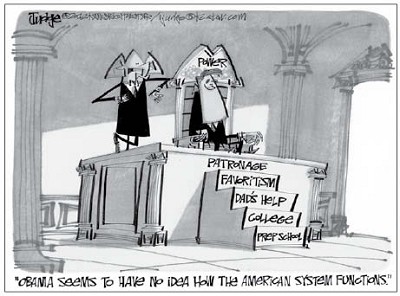 Fore Opens The Door, So Fill The Room For PE's Public Schools

Prince Edward County Board of Supervisors Chairman William G. “Buckie” Fore offered a challenge last week to the county's school system. The challenge should be welcomed, embraced with totality, and used as a catalyst to create a blueprint for long-term, all-in, full-on excellence in the county's public school system.

True greatness will only be achieved through sustained commitment of the community's resources. Those resources must include money but Prince Edward County's heart and soul is also a vital, perhaps THE vital ingredient because it will produce the most effective use of the financial resources.

Money cannot be thrown at the school system-or at anything-with the expectation of greatness. But effective funding precisely targeted will help produce the excellence that Prince Edward County's children, and their community, deserve.

I cannot agree with Mr. Fore's analysis that “we know money is not the issue.” He cites the fact that the County's appropriation to the school system was $6.1 million in 2003 when he became chairman of the Board and is now, 10 years later, $8.1 million. That average yearly increase of $200,000 a year is not to be dismissed but state funding cuts reduce the impact of local funding increases. Programs have been cut. Other programs have not been added. All because of money. So money is a crucial issue, I believe. But, no, not the only issue.

But I applaud Mr. Fore's decision to step out from behind those closed doors and from behind the backs of School Board members and speak to their face, looking them, and the whole community, in the eye. Mr. Fore's next words provided some hint as to what kind of discussion the Board of Supervisors is having. After asking the component members of the school system to tell Supervisors what it will take to make the school great, Mr. Fore told them, “The Board of Supervisors has begun deliberation on this. It will continue to evolve until we decide upon an avenue of approach. I urge you to have a voice in this discussion.”

Do not dismiss Mr. Fore's invitation. Take it seriously. Use the opportunity for what it is-the chance to forge a community-wide crusade on behalf of the Prince Edward County Public School System.

“I ask you to please tell me what you need in order to do your job better,” he told the gathering of teachers, administrators and School Board members at the school year-opening convocation. “Tell me what the community can do. Tell me what the Board of Supervisors can do. Be specific.

This is no time to feel threatened, insulted, defensive or otherwise prone to do anything other than give Mr. Fore and the Board of Supervisors every good perspective and suggestion you can. Though it should, this opportunity doesn't happen very often. It is not every day, every year or every decade that a chairman of a board of supervisors stands up in front of the community's public school personnel and says, publicly and for the record, “The Board of Supervisors wants to be a partner with the schools. With input and buy-in and support from our parents, our teachers, our principals, our citizens, our students, our administration, our business community, our School Board and our Board of Supervisors, we can prepare all of our children for learning and for life.”

It is an offer that should not, that cannot, that must not be refused.

Hold yourselves strictly accountable for taking advantage of this opportunity.

And then hold Mr. Fore and the Prince Edward County Board of Supervisors strictly accountable for making the words do what they say.

(Suggestions and feedback can be emailed to Mr. Fore and the Board of Supervisors at: board@co.prince-edward.va.us or they can be mailed to P.O. Box 382, Farmville, Virginia, 23901)

Looking at my 11-year-old daughter in the bridal boutique that Friday evening, it was hard for a dad to process.... read more