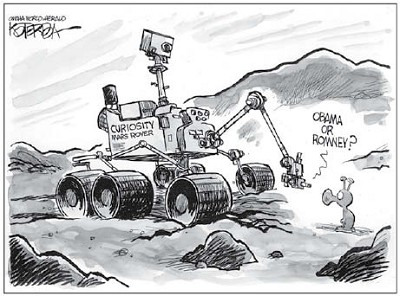 A Pattern Of Destruction On The Wings Of A Butterfly

The adult pale grass blue butterfly is a gorgeous creature, the image of a winged angel discernable in the light blue pattern inside the dark blue wings.

The flight of a demon has arisen through its wings since March of 2011, however.

Each passing week brings the world closer to understanding the ongoing impact from the Fukushima nuclear plant in Japan.

The effects of the earthquake and tsunami continue to reverberate and ripple across Japan and the globe.

Nothing to worry about? That's what the Japanese authorities told us when the nuclear plant came within a sushi slice of total meltdown.

Ongoing news reports, however, tell a much different story, bearing harrowing news on the wings of a butterfly. The pale grass blue butterflies are undergoing mutation because of the radiation leaked from the Fukushima plant. When the affected butterflies mated after the earthquake they produced mutated offspring at a rate of 18 percent, with the mutation rate nearly doubling to 34 percent in the subsequent generation after the catastrophe. Those mutation rates jumped to 58 percent by last September, according to a scientific paper recently published in Scientific Reports.

The genetic damage includes malformed wings, legs, antennae and eyes, with their telltale spots utterly disappearing as the mutation rate continues to rise.

No wonder scientists are calling for precise and in-depth studies on animals and insects near the plant.

The seven reseachers note that the collapse of the Fukushima nuclear power plant caused “a massive release of radioactive materials into the environment.”

Chillingly, they add that “a prompt and reliable system for evaluating the biological impacts of this accident on animals has not been available.”

Explaining how their research demonstrates the accident caused the physiological and genetic damage to the butterfly, they note that the first sample collection of butterflies in May, 2011, two months after the accident, revealed “relatively mild abnormalties.” But in September of 2011, they continue, the adult butterflies “showed more severe abnormalities” which they were able to experimentally reproduce in butterflies collected away from the Fukushima area through exposing them to “external and internal low-dose exposures” of radiation.

Clearly, everything else about the true nature of the radiation leaks-and who can truly trust that they do not continue?-needs to be completely opened.

Japan's Ministry of Health, Labor and Welfare is currently investigating reports that the nuclear power plant's workers were instructed to hide the true nature of radiation leaks by using lead covers-in December-to hide leaks that were still occurring nine months after the March catastrophe.

A vivid imagination is not required to suspect fish in the sea, the birds in the air, and the tides of the ocean, of spreading radiation in ways that nobody has explained.

Time, now, for someone to explain.

And continue moving to wind and solar power.

Lift the patterns of angels, not demons, into the air we breathe and the world in which we live.

Cheerios, it's been a grand fortnight in jolly England. This is Shaflin, your royal correspondent chiming in, reflecting on his... read more