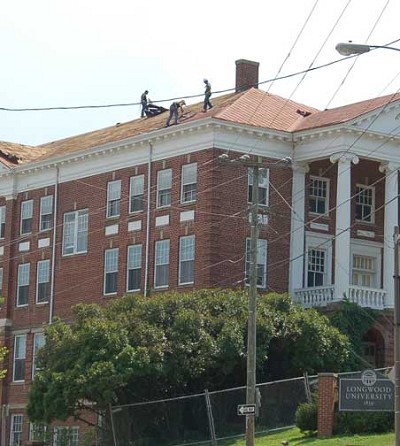 “This has already been through the IDA (industrial development authority), we've had the public hearing, and we need council to approve the resolution,” Town Manager Gerald Spates told council members during their July meeting Wednesday night.

The Town, it was stressed, has no financial obligation associated with the bond issue.

“No moral obligation,” Spates stressed, “no nothing.”

Kevin White, representing Kaufman & Canoles, bond counsel for the real estate foundation, explained to council, “This is a resolution for you to approve the exercise by the Industrial Development Authority of its power under state law to issue bonds for the benefit of the foundation…The authority has no financial obligation on the bonds; it's simply a pass-through conduit entity.”

Actually, the Town of Farmville will make money through a payment, a percentage of the bonds' total value, for participating. The Town was paid approximately $90,000 when it last issued bonds for the real estate foundation, according to Spates.

State law and IRS code require that the highest elected body in a jurisdiction approve the issuance of such bonds by any of their subdivisions, in this case the Town's industrial development authority.

The foundation is building new housing for the university at Lancer Park, the 454-bed North Campus Residential Village project which will replace the 450 beds lost on campus when the Cunningham residence halls are torn down to make room for a new student union building.

The two four-and-a-half story residence halls and a commons building will be constructed in the classic Longwood architectural style. The facility will be ready for students in the fall of 2013, according to real estate foundation executive director Ken Copeland.

Longwood will then be housing over 700 students at the Lancer Park site, just across High Bridge Trail State Park, off West Third Street and down Cormier Way.

Economically, the timing was perfect for the bond financing, according to Copeland.

“This was the time to do it. We had originally thought of waiting closer to the end of construction,” Copeland told The Herald. But the market set the stage for an accelerated schedule, a schedule now met by the IDA and Town Council.

The lone abstention in Town Council's vote during its July meeting Wednesday night was by Dr. Edward I. Gordon, who explained that he was abstaining because he is also a member of the Longwood University Board of Visitors.