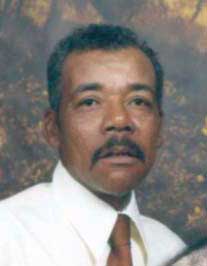 RICE, July 3 – Howard Herbert Hicks Sr., known to most as “Sonny”, was born June 29, 1933, in Rice. He was the oldest son of the late Charlie Winston and Marie Branch Hicks. He departed this life on Saturday, June 9, 2012 at McGuire Holmes Veterans' Hospital in Richmond, surrounded by his loving family.

His Christian life began at an early age. He was a baptized believer and knew the Lord for himself. He joined Calvary Baptist Church in Burkeville. The regular attendance of church was instilled in him along with his eleven sisters and brothers.

Mr. Hicks was educated in the Prince Edward County Public School System. His education ended early because he was needed to work on the farm to help provide for his family.

In 1953, he was drafted in the US Army, and served during the Korean War. There he received most of his mechanical training. In 1955, he transferred from active duty to reserve status. During that time, he furthered his education by completing a certified course in agriculture and farming. He received an honorable discharge in 1956.

On August 26, 1956, sparks flew! He entered into the union of marriage to his “BOOP”, Lorraine J. Hicks. Three children were born to this union. He continued to work hard to provide for his family through his auto mechanic shop, agriculture practices and the development of a family-owned saw milling business – Hicks Manufacturing Company. This was a business started along with his father, the late Charlie Winston Hicks. It was a joint venture with Royce Manufacturing Co. of Chicago, Illinois. He also continued to farm with his family and raised tobacco for many years. He became a “Jack” of all trades and a master of many.

When time allowed, he enjoyed his favorite sports-fishing, hunting, and driving fast cars! He was active in starting the Piney Grove Hunting Club, in which his CB radio handle was “Cornmeal”. He also loved traveling to Virginia Beach and Buggs Island to fish with his boat and camper.

An all around guy, Mr. Hicks shared many wonderful memories of past generations and events, and relayed stories of bridges that brought the family over. He shared lots of wisdom, direction, and love… even if it was tough love.

A funeral service was held June 14 at Calvary Baptist Church, Burkeville, with interment in the Hicks Family Cemetery. The Rev. Brian Taylor officiated and the Rev. James Miller was the Eulogist.