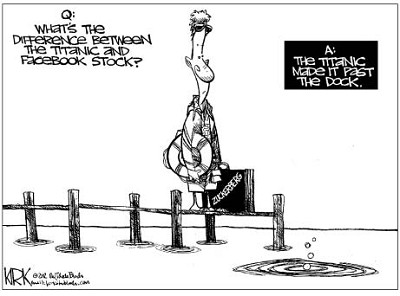 Piedmont Regional Jail Lives And Learns, As Do All Of Us

Yes, as the jail's superintendent Ernest Toney said, that was a big mistake.

But we all make mistakes.

The human factor guarantees it.

No argument there, either.

If you do something over 85,000 times in 24 years, you are going to make a mistake every now and then. The jail has booked over 85,000 individuals since opening 24 years ago and Superintendent Toney said, “you can count on two or three fingers how many people have been released inadvertently.”

I cannot remember the last time anything like this happened at Piedmont Regional Jail. I hope the person who writes about it the next time it happens can say the same thing.

Certainly, it is a big mistake to release someone from jail who should be remaining behind bars but a track record of doing so about once every eight years is, to be fair, an excellent history-nearly perfect, in fact.

If the felon released in May had hurt someone, the magnitude of the mistake would be regarded differently, though it would not alter Piedmont Regional Jail's positive track record.

When mistakes happen, as we all know from our own experience of making mistakes, the most important thing is learning from them, learning how the mistake occurred and how to prevent it from happening, at least in that particular way, again.

Piedmont Regional Jail has done that.

Doing so has allowed Piedmont Regional jail to generate income that has freed our area counties from otherwise having spent, and continuing to spend in the years ahead, millions of local tax dollars to house their own local inmates.

The significance of that is immense.

The circumstances that contributed to the mistaken release of the felon last month, after charges against him in Dinwiddie were Nolle prosequi, or not pursued, by a Dinwiddie court were a direct result of the jail's housing those out of area inmates to allow our own community to spend tax dollars on education, rather than incarceration, which is a far more positive and productive way to invest limited resources.

In last month's case, the Dinwiddie felon-who was later apprehended near Houston-was still the property of the federal government, despite the Dinwiddie charges being Nolle prosequi. Additional security measures are now in place at the jail to prevent a repeat of that oversight.

I am not making light of what happened at the jail but, in the long-run, the mistaken release last month may turn into a blessing in disguise because it showed the jail how a felon, in those circumstances, could be mistakenly released. Therefore, it showed the jail how to prevent those circumstances from combining to release a felon again-a felon who might take hostages, who might commit rape or murder after being mistakenly released.

So, no, we will never know what future anguish has been prevented from ever happening, because it won't ever happen.

Boil it down to this:

In all aspects of life stuff happens.

Stuff happened at the jail.

The jail learned from that stuff.

In Major League Baseball history there have been a total of 15 unassisted triple plays. Approximately a billion games, give... read more