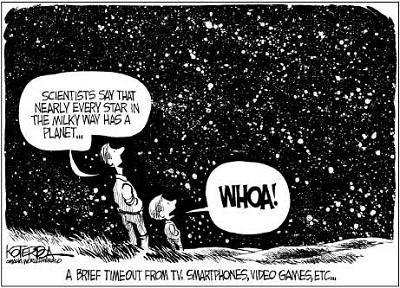 Mitt Romney Believes In A Better Amercia, But Can He Spell Quetapens?

Anyone who works for a newspaper knows more about typos than they'd care to admit. There isn't a journalist alive who is typo-free.

See what I mean? We're all human. The weather is humid. People sweat but they don't get humid.

We can all relate, therefore, to the misspelling of America on Mitt Romney's official iPhone app, the candidate declaring “I believe in Amercia” and promising to build “a better Amercia” if elected president.

Many thought a good place to begin would be correctly spelling the country you hope to improve. Democrats guffawed, just as Republicans would have done had the Obama campaign misspelled America.

Here at The Herald we are very cautious in poking fun at other people's typos. We have been thoroughly educated through karmic experience that any time one of us holds up another newspaper with a silly typo one of us will invariably create a typo in the next issue of The Herald.

Typos, like beauty, are in the eye of the beholder-unless the typo is one's own. The brain of the person responsible for the typo too often reads what should be there, instead of what has actually been typed, filling in a missing word or correcting spelling, in the mind's eye. But not on the page, of course.

The strange, cruel thing of it is this: you can proofread a headline, looking at it in the paste-up stage for an hour and not notice the typo. Until, of course, it has been printed.

This literally happened: I was driving home from work with a copy of The Herald in the front seat beside me a few years ago when out of the corner of my eye, while driving in traffic at 60 miles an hour, a typo leapt off the page and hit me full square in the face.

How could I notice it so forcefully in my peripheral vision while negotiating high-speed traffic when it had eluded me while proofreading, when specifically looking for misspelled words?

Typos are like that. One sees them a mile off but only when it's too late to do anything about them.

Amercia? Yes, it seems totally bewildering that such a thing could happen. But it can and does, and throw in a little dyslexia and you've got a recipe for disastared.

To see a presidential campaign misspell America, of course, tends to confirm the whole karma thing because Romney's been going around pointing out what he regards to be mistakes made by President Obama. In that regard, Mr. Romney had Americia coming to him. Don't go pointing out the specks in someone else's eye when you're running for president with Amercia in your own eye.

President Obama, of course, should tell his campaign to watch its spellings, given his criticism of Mr. Romney.

Who knows what typo is coming next?

Quetapens means-and darn right I had to look it up in the dictionary-ambush, snare, or trap.

The Romney campaign knows all too well that, yes, quetapens manifests itself when you are least expecting to find it in your path.

And sometimes we step right in it when it does.

Editor, The Herald: Thank you for your faithful support for the 25th Annual Catfish Festival by providing newspaper coverage. The... read more