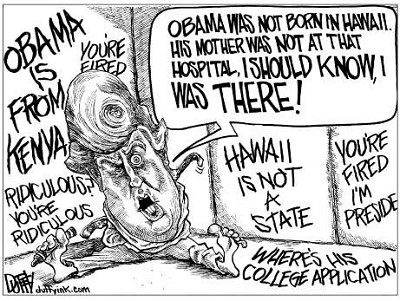 Should the United States Senator become so fed up with partisan intractability in Congress that he runs for a second round as Virginia's governor, poll numbers indicate he'd win.

According to polling published by Public Policy Polling, Warner would go through the GOP field with little difficulty.

The PPP numbers show Warner ahead of Attorney General Ken Cuccinelli by 53 percent to 33 percent and Lieutenant Governor Bill Bolling with a tally of 53 percent to 32 percent.

Mr. Warner's name is being floated among political pundits and some party folks and Virginia's very own crystal ball, Larry Sabato, has said there “does appear to be substance” to the rumor.

Mr. Sabato provides three reasons why: frustration with partisan gridlock in Washington, the fact that Mr. Warner totally enjoyed four effective years as governor, and national political history shows the governor's mansion is a more effective lunching pad for the presidency than the U.S. Senate, President Obama being an exception to that rule.

Mr. Warner could return to a job he enjoyed and where he got things done, often in a bipartisan way, and without forsaking his presidential ambitions.

What's he got to lose?

Why remain in a job where meaningful accomplishments for the good of the nation are more rare than penguins in the Sahara and from where a run for president is generally doomed to failure?

Much may depend on the November election and whether or not the GOP retains its hold on the House of Representatives and if Democrats continue to reign in the U.S. Senate. President Obama's political fate in the fall may also influence Mr. Warner's decision-making.

Mr. Sabato, director of the University of Virginia's Center For Politics, addressed the question of Mr. Warner's possible candidacy for governor during a segment of his Crystal Ball broadcast.

Responding to a viewer's question, Mr. Sabato said, “this rumor has been around for quite some time and it's intensified recently. And, believe it or not, there does appear to be some substance to it. I don't think Senator Warner has made a final decision about running for governor, but he seems to be somewhat interested.”

The lack of a statement from Mr. Warner declaring his non-interest in becoming governor for a second time, like Mills Godwin, and his total commitment to the U.S. Senate also supports the belief that a run for governor is under consideration.

“I think it's a possibility. I don't think anyone would call it a probability right now,” Mr. Sabato said. “The bonus is that if Senator Warner ran and won the governorship, yes, he would get to appoint his own successor. This has been tested out in a number of other states.”

So Mr. Warner would not diminish his party's numbers in the U.S. Senate. That, too, must figure into his thinking as he ponders residency in the governor's mansion.

The political equivalent of having your cake and eating it, too.

And still having more cake to eat later on, with lots of icing.

Regardless of presidential ambitions, however, Sen. Warner could do the state of Virginia a great service as a second term governor because of his ability to work in a bipartisan fashion.

The recent session of the General Assembly was one of the most partisan ever and should Mr. Cuccinelli become governor it would only get worse. Here's hoping Sen. Warner runs for governor, and wins.

Senator Warner may look at the partisan nature of the General Assembly, see both Houses controlled by his political opposition, and decide, however, that anything like the bipartisan success he had as governor before cannot repeat itself. He may decide that fixing Washington is somehow easier.