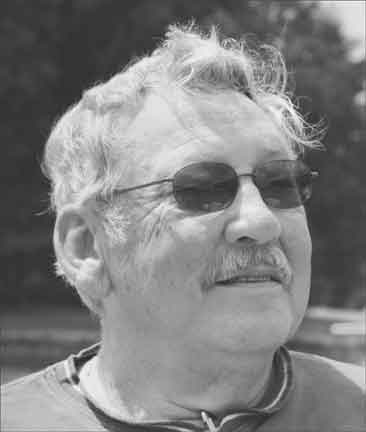 BUCKINGHAM – John Marshall Harris, 69, of Buckingham passed away peacefully on Saturday, June 2, 2012 in his home. He was born in Lynchburg on January 17, 1943, the son of the late Hal Flood Harris and the late Leota S. Kulick.

Mr. Harris served his country in the United States Army for six and a half years. He served during the Vietnam Conflict. He worked and retired from the Department of Forestry after 31 years and he also worked in the research department at the Appomattox/Buckingham State Forest. He enjoyed working with the Francisco Auction Company for many years.

He was a loving husband, father, and grandfather.

He was the “constable” of Chestnut Grove and loved his white Ford truck. He will be deeply missed by his loving family. Especially his grandchildren, who were lovingly referred to by their “pawpaw” as angel (Bayla) and princess (Tessa) and his buddy, Kane.

He is survived by his wife, Rita Waycaster Harris, of 41 years; children, Aaron and wife, Trish and Adam and wife, Megan, all of Buckingham; stepmother, Flossie V. Harris of Green Bay; sister, Frances H. Hill and husband, Kline of Richmond; stepbrothers, John Thompson and wife, Wanda of Farmville, and Garland Thompson of Green Bay; stepsister, Peggy Crenshaw of Green Bay; grandchildren Kane, Bayla, and Tessa, all of Buckingham; and he was a loving uncle to numerous nieces and nephews. He was predeceased by a sister, Dorothy H. Muzzy.

A funeral service was held on Tuesday, June 5, at Chestnut Grove Baptist Church, Buckingham, with interment in the church cemetery.