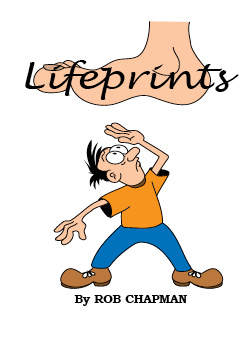 An old window fan, rescued from the clutter of the garage rattled in the window of our bedroom and my daughter, who was trying to sleep in the next room, wasn't having any luck.

It was hot and the reverberating noise of the fan bothered her.

I guess it's not all that surprising since we haven't had to live this way she was born. Fans instead of air conditioners. Heat instead of comfort.

It was a sticky situation.

We've been cool as cucumbers when the thermometer mercury started reaching the upper part of the scale in more recent years. It was a bright idea to put in central air, but (sigh) when it's gone (unlike the General Assembly), we don't have the power to turn back the clock.

So welcome to ringing wet, hope you can sleep, but sleep-challenged nights.

To being miserable no matter where you are in the house.

To thinking a mere fan was actually cooling you.

To being enticed to “chill” outside.

Some relief-any relief-is an improvement when it's just so blame hot.

I was rather blessed growing up, actually. While we didn't have central air in those days, we had a large window unit in the kitchen that helped cool our home. It could get rather frigid up close in the kitchen, slightly warmer in the middle, and not quite so chilly on the other end.

It was zone cooling.

And frost up – it had this sound change from its normal hum; you just knew when you heard it, when the white snow-like moisture collected on the front coils. We'd have to cut it off and allow it to thaw.

Vivid memories. Cool memories, too, but I'm sure there was a time when we had no AC at all. It's hard to remember back some 40 years ago.

In any event, life wasn't always so chilling. When the wife and I first married twenty-some years ago and moved into our older home, there was but a single small window unit in one room of the house. We didn't do much living in the rest of the house on those hot, summer days. The cool room was like base in a tag game; yes, you would venture away from it to get something cool from the refrigerator, but never very far or for very long.

At least we still had the cool zone.

Eventually, we upgraded to a system to cool the whole house. But, like everything, it breaks in time and while we were waiting for the repairman to have some space on his busy schedule, we were making do.

It wasn't so bad at first (witness the positive impact on the electric bill), but when the thermometer began to hover in the 90s, the cozy home became a rather warm oven.

What we learned: The daughter doesn't take heat very well; windows that had not opened in years still worked; if you leave the bedroom window open the grill sets the smoke alarm off; you have a hard time watching an old Humphrey Bogart movie about soldiers crossing the desert looking for water; you can't say “no sweat” about anything when you're inside the house; that a nice shower outside doesn't immediately translate into a cooler inside; and…

We can survive if we have to.

It's just, well, we've also come to the conclusion that we don't like having to.

Mitt Romney Believes In A Better Amercia, But Can He Spell Quetapens?

Anyone who works for a newspaper knows more about typos than they'd care to admit. There isn't a journalist alive... read more