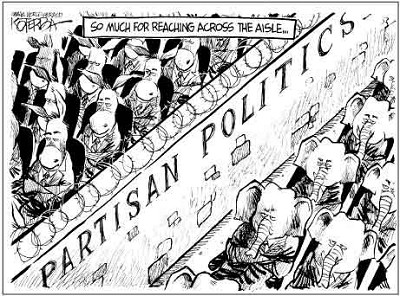 Don't Let The World's Thunder Drown Out The Bells Inside You

Three decades is a long time to hold on to a dream.

From the time she was five years old, Bridget Carrington wanted to be a singer. Ms. Carrington, who celebrated her 35th birthday in May, never lost sight of her dream, nor let it slip from her fingers.

On the night of May 24, she sang with superstar John Legend on nation-wide primetime television during the premiere of ABC's Duets. Ms. Carrington is one of eight finalists who will compete for a recording contract presented to the winner.

By the time they reach their mid-30s, most people have given up on the dreams of their childhood. Few are still trying to become Major League Baseball players, ballerinas, or Broadway actors and have settled into jobs and careers that, while still important, satisfying and put bread on the table, aren't sprinkled with stardust.

Ms. Carrington is the rare exception and regardless of how the Duets competition turns out, the daughter of Mickie and Perry Carrington, of Farmville, has climbed a summit that cannot be taken away from her. Her banner of determination, which never flagged enough to fall, will ever wave from its height.

She has followed the notes of her own melody in this world and refused to capitulate to other sounds or, worse, silence.

In Dylan Thomas' wonderfully lyrical A Child's Christmas In Wales, the narrating author is regaling his young nephew with the magic of his own boyhood Christmases. At one point, the poet speaks of bells and tells his nephew, “I mean the that the bells the children could hear were inside them.”

“I only hear thunder sometimes,” his nephew replies, “never bells.”

Bridget Carrington never stopped hearing the bells inside her. She refused to allow life's thunder to drown out their caroling.

There is a “music lesson” for all of us, young and old, in the moral of Ms. Carrington's continuing story.

“Oh, wow, I just think you should never give up on anything that you hope or dream for,” Ms. Carrington told The Herald in an interview published on the front page of our May 23 edition. “…I had to put everything aside and just go for my dream and this has been a total dream come true.”

She doesn't hold the copyright to making dreams come true. Any one of us can sing our own life's song, but not if we give up.

“…I remember my journey and I just know where I've been, from the age of five wanting to sing and just never giving up,” she said, “so that's the biggest thing and I would preach that to anybody-never give up.”

That tenacity of spirit can be applied in anything we do. There are many wonderful dreams coming true in what otherwise look like every day lives. Dreams are not relegated solely to the stage or screen. Nor is the will to overcome whatever it is that demands, if we are to succeed, that we never give up. You may dream of overcoming an addiction or traumatic life experience. What better dream than that to come true?

Expect ups and downs. The journey's line is neither straight nor always rising, resembling more the graph line of a chaotic stock market. Ms. Carrington's dream has not been easily achieved, as evidenced by her gratitude toward those in this community who nurtured her spirit when life's thunder threatened the music of the bells inside her.

“I would just like to thank everyone in the area who supported me, who knew that my dreams would come true,” she told us, “even when I didn't think so.”

Doubts don't define us. They make us human. Overcoming them does take its place in our definition, however. And that, too, is part of our humanity.

If Bridget Carrington had stopped following her dream, she'd be sitting on the sofa, watching Duets, not starring in the nationwide broadcast.

Kindle your own vision. Hear the bells inside you.

Get up off the sofa and take a step toward whatever it is that you have dreamed of doing. Listen through the thunder.

Editor, The Herald: The Herald's publishing of a letter on May 23rd from a man regarding the Granite Falls project... read more