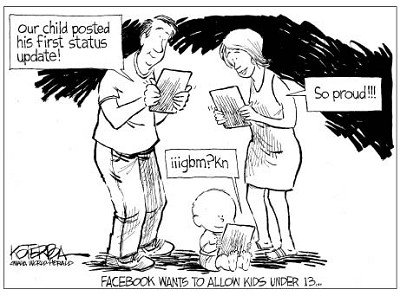 Buckingham County Residents Can Have A Moving Experience

Buckingham residents have a unique opportunity to come together and move their public school system forward into its next chapter.

And move the county, as a community, too.

The school system will take a giant step toward the new school year by moving items from Dillwyn Primary, Buckingham Primary, Gold Hill Elementary and Buckingham Middle Schools-where fifth graders were temporarily housed during the renovation project-into the renovated schools at the Carter G. Woodson Education Complex on Route 20.

The expedition is planned to take place during the last week in July and the first week in August.

During the June meeting of the Buckingham County Board of Supervisors, Board member Donnie Bryan delivered a request from the school system, which is seeking volunteers to help with the move. “It's going to be a big job and they don't have the money to pay people to move them,” Supervisor Bryan said.

County residents can get physical and help the County and the school system remain fiscally fit. Route 20 is known as The Constitution Route and volunteers with strong muscles will be appreciated for some of the heavier lifting.

However, the only “constitution” that really matters is a desire to help because those of us with tricky backs, or who see our Olympic Decathlon days far behind us, can re-shelve books, and other less Herculean, but no less important, tasks.

Those willing to volunteer are urged to contact the school system's facilities director, Chip Davis, at his office number, 969-4455, or through the school board office at 969-6100. Mr. Davis, who will coordinate the effort, told us the need for volunteers is great and that there are ways for everyone to help, including making sandwiches and providing cold drinks for those doing the moving.

“Anything that anybody has that they want to offer or want to do. If they want to donate just a few hours or a day, whatever,” he said. “We'll take anything. It doesn't have to be a total commitment.”

The move to the Carter G. Woodson Education Complex is a chance for churches, clubs, civic organizations, neighborhoods and families to help the school system avoid spending money it cannot afford. “We've got tons of things to do,” Mr. Davis said. “This is a real good time for different groups, and just private people, that want to help.”

Those volunteering will provide great practical assistance because moving funds aren't budgeted. “That has to come out of maintenance because that's not really considered construction,” he explained. “And with the other things that have been going on with the budgets and stuff this year, it's just super tight (financially). The schools are for the people of the county, and the children. It's their building now…We need lots of help, whatever anybody wants to do.”

Those who give of themselves will also receive. For the rest of their lives, when they drive past the Carter G. Woodson Education Complex they will be able to look at those buildings and know that they helped put those schools together for the children of Buckingham County.

And there is the power and symbolism of the entire community joining together to fill the schools at the education complex named in honor of Carter G. Woodson, the Buckingham-born son of former slaves who became The Father of Black History.

The experience can be one they shall never forget.

Editor, The Herald: On March 3, our community and country celebrated a unique birthday. On that date in 1931, President... read more