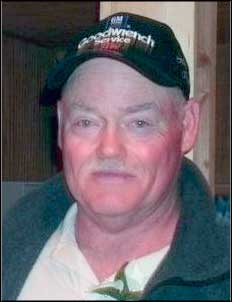 Mr. Gibson was an HVAC mechanic, having worked for Albemarle Heating and Air for several years. He was an avid outdoorsman, enjoying both hunting and fishing. He was a member of the Lynbuck Hunt Club, a loving husband, father, brother and uncle.

The family will receive friends from 7 until 8:30 p.m., Tuesday evening, June 26, at Thacker Brothers Funeral Home in Scottsville.

A graveside service will be held at 11 a.m., Wednesday, June 27, on Mr. Gibson's property in Buckingham with Pastor H. R. Powers officiating. Following the service, everyone is invited to the residence for a time of fellowship with the family.

Family and friends may share memories and photos at www.thackerbrothers.com.

Thacker Brothers Funeral Home, Scottsville, is in charge of arrangements.