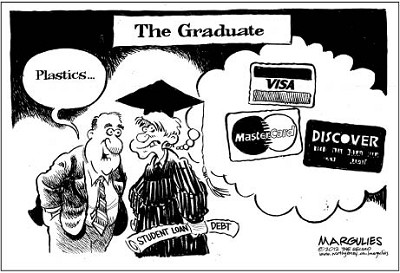 The Moton Museum Wins A Grant: The Good News, The Bad News And PE County's Chance

The Robert Russa Moton Museum has earned itself another sizable grant; $350,000 from the National Endowment for the Humanities.

The bad news is that there will be those who respond by saying, “Oh, the Moton Museum got some big bucks, no need for me to make a contribution.”

There is, however, a very real need for contributions to continue flowing to the museum as it works to complete the permanent exhibit fabrication and installation.

The museum must raise another $1 million to complete the permanent display exhibits and it will always have operating expenses. Indeed, one can think of no better use for an annual appropriation by the Prince Edward County Board of Supervisors than targeting it specifically to fund the pool of museum docents who actually lived through Massive Resistance. Their firsthand remembrances will greatly deepen the experience of museum visitors. And what a powerfully positive statement Prince Edward County's Board of Supervisors would make on behalf of the County when visitors, dignitaries, journalists, and historians ask, 'What is Prince Edward County doing to support the Moton Museum?' The County's answer would surely resonate within those docents, as well. Doing so would become an important part of the chapter in Prince Edward County's continuing history now being written by all of us.

The County cannot tell the museum how to spend the money but it would not have to. The museum would like very much to use an annual County appropriation for that specific purpose and their idea merits our embrace. The County has made appropriations to the Museum (next year's budget contains a disappointing $10,000) but a specific annual amount to underwrite the docents would be an unmistakable statement of intent.

The fact that the National Endowment for the Humanities (NEH) chose to award its largest grant to our Moton Museum should serve as a ringing endorsement that our own donations will be effectively used in an important way by the museum. The NEH made 208 grant awards, with an average award of $82,000. Those $350,000 from the NEH to the Moton Museum descriptively illustrate the national importance of the museum and its mission.

The words of David Martz, Jr., Senior Program Officer for the NEH Division of Public Programs, which administers the grant program, add vowels and consonants to those dollars and cents:

“The Robert R. Moton High School story contains valuable lessons for all Americans about courage, non-violence, and human dignity that could not be timelier in today's world,” he said, as quoted in a press release issued by the museum.

The April 23, 1951 student strike against separate and unequal school facilities for blacks is regarded by many as the birth of the civil rights movement, occurring more than four years prior to Rosa Parks' refusal to go to the back of a bus. And Prince Edward County was the lone member of the five localities involved in the Supreme Court's landmark 1954 Brown decision to have a case born of student protest.

That's why the Moton Museum has won a $350,000 grant from the National Endowment for the Humanities.

And that is why local contributions and appropriations from local government are so needed and deserved. Prince Edward County, in particular, is blessed with a tremendous opportunity to define itself.

If George Allen were a cat he'd have no worries. Sure, Macaca-gate would have knocked off one of his lives... read more